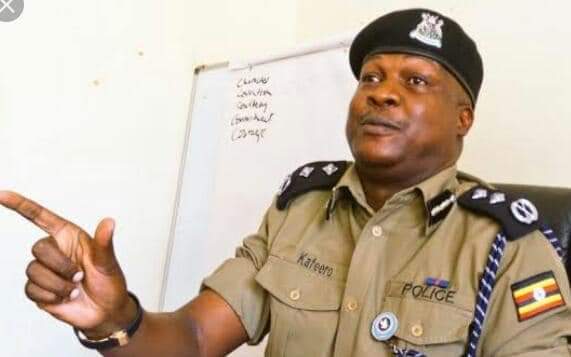 The National Unity Platform party spokesperson has pinned the Kampala Metropolitan Police commander, AIGP Moses Kafeero as the chief architect of last week’s raid on the party headquarters in Kamwokya.

EXCLUSIVE: The untold story of how raid on NUP offices was executed

According to a brief report by Ssenyonyi, Kafeero is behind the attack on the NUP and he is apparently planning to met out further terror on supporters of Kyagulanyi Ssentamu alias Bobi Wine. “This is Moses Kafeero, commander Kampala Metropolitan Police. We’re told he commanded the raid on NUP offices, and he plans to raid the homes of several NUP leaders,” Ssenyonyi reveals in a social media statement this morning. Joel adds that Kafeero has a history of trailing on him since 2018 when he openly paid allegiance to the People Power movement. “This officer promised to crush me when I participated in the OTT protest in 2018. I hope he doesn’t crash soon like his former boss Kayihura! What people like Kafeero have failed to learn is that they use them, and afterwards throw them under the bus!,” Ssenyonyi adds.

Kafeero Kabugo was born on August 17, 1976 in Mukono District to the late Samuel Kabugo, a seasoned teacher and Mrs Joyce Kabugo, also a teacher and Mothers Union Diocesan worker at Mukono Diocese for many years.
He holds a master’s of Peace Studies and Conflict Transformation from University of Rwanda, Strategic Leadership and Management — Level 7 from Chartered Management Institute (CMI) –UK.
He also acquired a master of Arts Education in Management and Planning from Nkumba University after completing a bachelor of Science with Education majoring in Mathematics from Makerere University.
Moses Kafeero finished his A-Level from Makerere College School, O-level from Bishop’s Secondary School, Mukono and he went to Bishop’s Primary School in Mukono, which he left for Wobulenzi Parents School to complete primary seven.