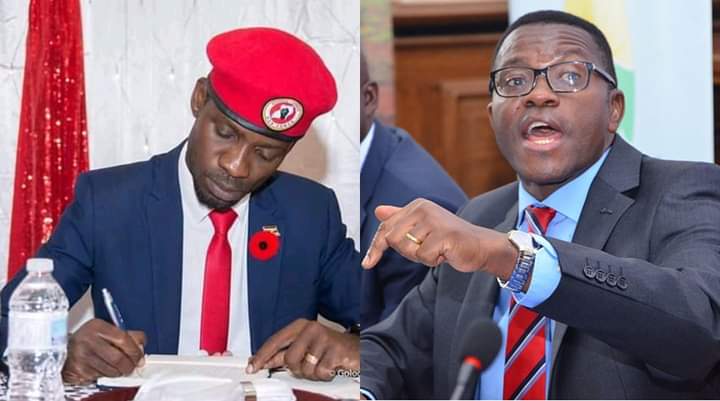 Buganda is open to all presidential candidates-Mayiga

The official Kingdom broadcaster, CBS radio this Thursday morning announced the engagement between Kyagulanyi and Mengo but could not divulge further details on the scheduled arrangement.

A credible Mengo source however says the meeting is meant to discuss matters outside politics since the constitution clearly bars cultural institutions from making endorsements for candidates aspiring in political positions. “It is true, we are to meet Kyagulanyi Ssentamu at a later time today,” the source in the office of the Katikkiro told this website. “I believe matters to discuss are confidential and I cannot share anything with the media yet. I am not authorised to do so but incase of anything, the office of the spokesperson will tell the public about the engagement,” he adds.

As the political season ripens with only one step of nomination left for Kyagulanyi to get to state house, pundits have warned that the youthful leader would be a threat if only he gets the backing of Mengo. The Katikkiro earlier said as Mengo, they would follow a candidate who fronts their five core points dubbed ‘Ensonga Ssemasonga’. Important to note is that Kyagulanyi has been a darling to Mengo right from his infant musical days when he even baptized himself ‘Omubanda wa Kabaka’ to mean the ‘King’s badman’