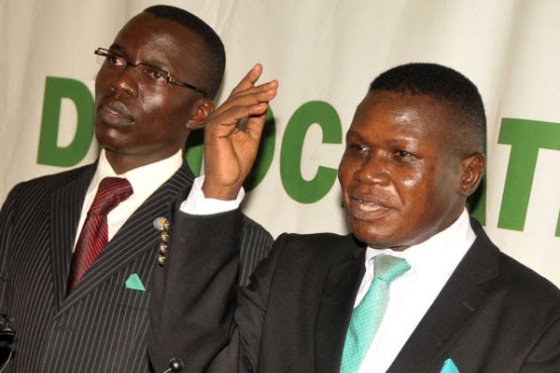 The Democratic Party president Nobert Mao has told his people to be calm in case they do not claim victory in the looming 2021 general elections. Mao who is aspiring for the 2nd time since 2011 says he is optimistic that even when they lose next year’s general elections, they will still have a chance in the next five years.

“DP is a strong party that has been here overtime,” Mao told the delegates on Thursday. “Even if we don’t win this election, we will have to retreat and wait for 2026 and come back stronger,” Mao added.

However, Mao is still facing rejections in the party after some duly endorsed DP MPs opted to rally behind the National Unity Platform party presidential nominee Kyagulanyi Ssentamu Robert alias Bobi Wine. On Wednesday, the incumbent Nakaseke South legislator Luttamaguzi Ssemakula acknowledged that his party had cleared his nomination dues but maintained that he was to support Kyagulanyi for presidency and not Mao. Some DP MP aspirants have already made posters and banners advertising both their candidacy and that of Kyagulanyi Ssentamu.

The DP spokesperson Okoler Moses says what their candidates are doing is wrong and violates the party constitution. “What they are doing is punishable. DP has a constitution to follow,” intimates Okoler. “We have to support strictly the party presidential candidate,” he warned.

The Democratic Party last fronted a presidential candidate in 2011 when Nober Mao who had just left parliament announced his bid under their flag. He failed to raise 2% in that general election and was supposed to bounce back in 2016 but couldn’t ably stand having failed to register for the National ID which was a mandatory requirement. Mao blamed FDC strongman, Kizza Besigye who enticed him into boycotting the ID project and yet he ironically registered for the same and contested.