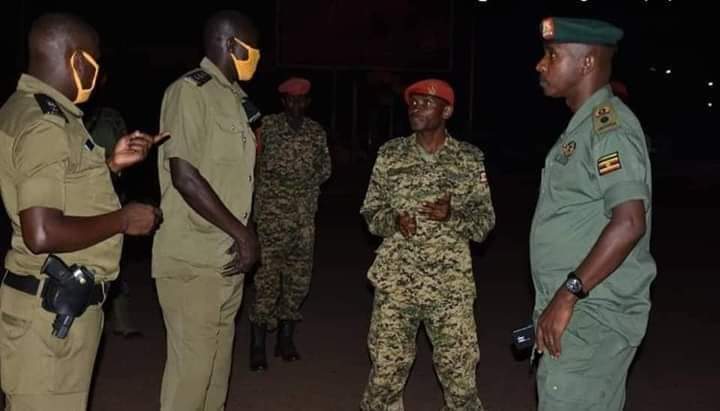 Coordinating for the National Unity Platform party is adventurous and at the same time quite risky a venture to undertake. In fact, often times whenever its principal, Kyagulanyi Ssentamu flags off a list of coordinators, he warns them of the doom, threats, arrests and murders that await but calls on them to be firm and not faint hearted. Gerald Oyeki, a coordinator in the Northern Uganda region wraps up his experience in this memo where he details whatsoever he and his colleagues have gone through while executing the duties of the NUP party. For Oyeki and his comrades, it has been a life of arrests, and threats but amidst all this, they’ve never relented from the cause as he narrates in his write up sourced from his Facebook page;

Over the past few days, there have been a series of occurrences across Northern Uganda that I feel must be brought to the light of the world.

On 3rd September, 2020 comrade Obedgiu Sammy and myself were arrested and detained at Patongo CPS on charges of ‘unlawful assembly.’ While there, the OC Station remarked, ‘You are the people bringing lugezigezi here.’ He was referring to my red berret that he attempted to grab from my head. I wrestled him away with a question, ‘Under what designation are you putting us in- as the Police or as an NRM Mobiliser?’ He backed off and let me be.

On 19th September, 2020, while traveling to Lira from Arua with Comrades Sammy, Achilles Spartan Mukagyi, and Aaron, a plain clothed operative trailed us from Kamdini till Lira. He tried to slow us down from a dark spot at about 7pm. It was raining heavily. Our instincts told us otherwise. We decided to speed up and branch off at a fuel station with light and human presence. The guy claimed that we were overspeeding and caused a stone to hit his windscreen from our hind tyre. There was clearly no visible crack on his windscreen. We continuously begged for pardon. He spewed several complaints at us, threatening that ‘You are the reasons why the Kanyamunyu’s shoot people dead. They tell you to stop and you refuse to do so,’ despite us explaining to him that there was no way we could have stopped at such a dark spot for our own safe. He wasn’t shy to show off the AK47 that lay at the hind seat of his premio as numbers started building up around the car, prompting him to stand down on his guard and ‘forgive us.’

On Saturday 7th October at about 3pm, the military shot dead an innocent mother, Logwala Karamela in Karukadong Village, Naadoi Parish, Kamor Sub-county in Southern Kotido in Karamoja Subregion. Our foot soldiers narrated to us that this was deliberately done by soldiers on a patrol when they were allegedly pursuing an escapee from Moroto Prison. The deceased was survived by a 5 months old kid.

On Saturday 17th October, 2020 at about 11am, individuals whom we now highly suspect to belong to both the Security space and are allied to the NRM Candidate for Gulu East, Nancy Atimango attacked the NUP regional office and destroyed the banner belonging to H.E Kyagulanyi Ssentamu Robert. They shamelessly tore down all posters belonging to our NUP Candidates within the City and replaced them with those of Tibaharura and Nancy Atimango. A similar event has been happening in Moroto District where campaign banners and posters belonging to Comrade Angella Zainab Ali have severally been torn apart without justification for the same.

Still within the Karamoja Subregion, evidence is glare of Gen. Gutti, a serving Army officer threatening violence on NUP supporters in the Subregion. He boasts of the mission of ‘getting rid of the red berret in Karamoja.’ This signifies a declaration of war on the civilian population that subscribe to the NUP.

Our foot soldiers are however unmoved by these threats and intimidations.

I have on a number of occasions shared with comrade Adonyo from Lango Subregion. He has intimated to me threats to his life and intimidation. He is unmoved and unshaken. Only recently, real threats of arrest and torture have been levied upon him. We must continue to look out for him and his young family as we keep advancing this generational cause. Of recent, radio owners in Lango have stopped hosting or broadcasting programs that related to the National Unity Platform.

The vast majority of Northern Uganda’s youthful population has not known true peace for the past 35 years. The peace of Economic enfranchisement, equal opportunities to Education and Employment, land rights and ownership. There have been deliberate prolonged massacres of the local population by the regime, plunder of our forests and mass land grabbing, and the excessive exploitation of our human resource.

We must never forget these in our journey to liberation.