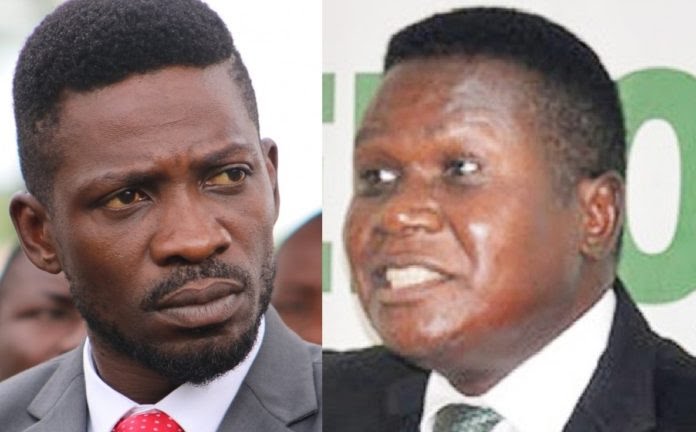 The Democratic Party has today cautioned its candidates against the decision of rallying behind the National Unity Platform party president Kyagulanyi Ssentamu Robert alias Bobi Wine. The caution comes weeks after the outspoken Nakaseke South legislator Luttamaguzi Ssemakula openly said he is to rally behind Bobi Wine even when the City house headquarters had cleared his EC nomination dues.

The party spokesperson Okoler Opip this Tuesday morning while addressing swipes of journalists reminded Luttamaguzi and kgher defiant party members that the DP too has Nobert Mao as its presidential flag bearer for the 2021 polls.

Okoler insists that all DP members must adhere to the provision of their party constitution which strictly asks them to support only the party candidate in a general election. He says the members would be af liberty to support candidates of their choice in a situation where the party is in a coalition and lacks an official candidate.

“Those who are supporting other candidates are doing it at their own will,” Okoler told journalists. “The DP has its own candidate to follow. We will abide by our constitution because this is what we resolved on our delegates conference,” he adds.

The Democratic Party, which is apparently one of the veteran political establishments in Uganda last fielded a presidential candidate in the 2011 general elections when Nobert Mao who had just finished a parliamentary term boldly announced his bid. He had hoped to bounce back in the 2016 polls but was not nominated after failing to have the required voting credentials.