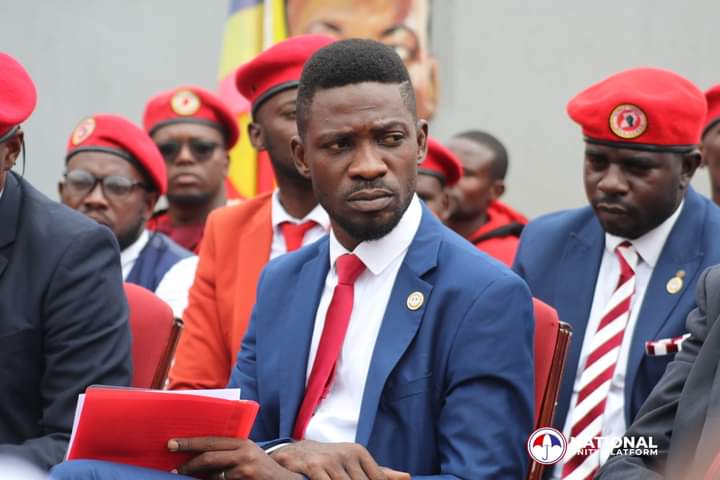 The National Unity Platform party presidential nominee Kyagulanyi Ssentamu Robert alias Bobi Wine has this morning lambasted a state owned newspaper dubbed New Vision over its publication of doctored half researched content about the NUP party. Kyagulanyi who used Facebook explains why The New Vision paper has routinely turned all its gund against him ever since he declared his intent to challenge the 76 year old Yoweri Museveni. Kyagulanyi captions a screaming front page headline which casts doubt on his chances of getting nominated on November, 3. Below is his Facebook publication;

“When you see all state institutions gang up against an individual or group of persons, do not be scared. That is simply a sign that the regime which they serve is damn scared of what awaits them. I can confirm that no matter how many games they play, we shall be on the ballot and we shall challenge their boss! 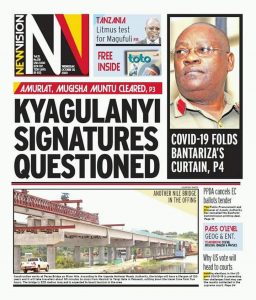 In the #NewUganda, a national newspaper like New Vision, which all citizens pay to sustain, will never be reduced to a propaganda tool by the regime in power. A national army will never be used to play cheap politics!

Ever since we declared our intention to challenge Gen. Museveni, the New Vision will go to any extent to look for a negative story to write about us on a daily basis. A few weeks ago, they wrote a bogus story about the bogus court case and showed that we were most likely going to lose the case! Their intention of course was to discourage candidates from running under NUP. When they come to our press conferences, they twist our words and publish lies intended to weaken us. My message to them- NOTHING, ABSOLUTELY NOTHING can stop a people’s struggle for liberation.