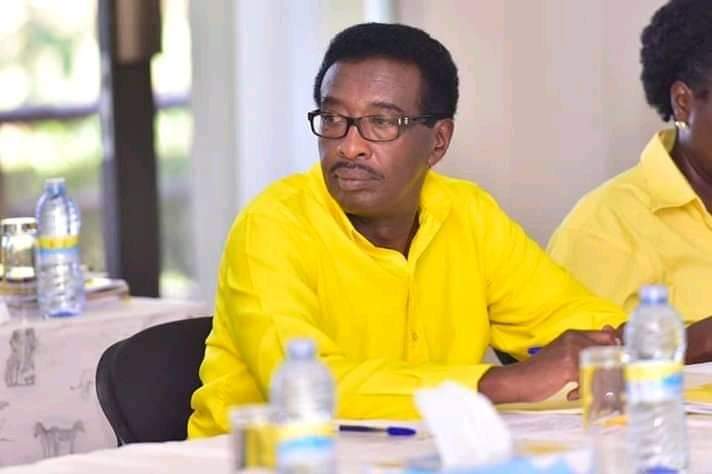 The former Minister for Information and National Guidance Maj. Gen. Jim Muhwezi has strongly warned Western coordinators of the NUP party against forming groups that will leave them at risk of being confronted by the army. The bush war historical says the youths are inciting the armed forces into taking repressive action to extinguish any parallel wings.

Maj. Gen. Muhwezi made these remarks on Wednesday afternoon on one of the TV broadcasters while reacting on the nrwly formed youth group associated with the NUP in western Uganda. The group formed a brigade deemed the “National Red Command” with intentions of mobilising for presidential candidate Kyagulanyi Ssentamu Robert alias Bobi Wine who is facing harsh treatment from the state since he announced his bid. Kyagulanyi has never been at liberty to traverse the country despite being a presidential candidate for the 2021 polls. Muhwezi alleges that the NUP briged has been formed to counter security attacks during campaigns.

Last week, security Minister and bush war historical, Gen. Elly Tumwiine gave armed forces a green light to fire at Kyagulanyi supporters who allegedly provoke them on the streets. Tumwiine was quoted saying that he had lost his eye during the 1986 guerilla struggle and therefore any citizen would be to blame if they lose their lives on the battlefront.