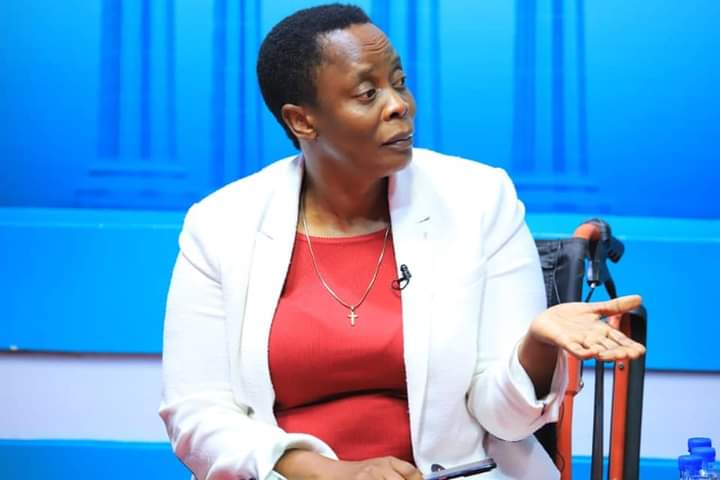 The outspoken Mukono municipality legislator Hon. Betty Nambooze Bakireke has slammed Museveni’s state Minister for Kampala, Benny Namugwanya and reminded her of being a ceremonial puppet to the regime.

Speaking at the heated debate on the weekly Tuesday night political talk show dubbed Barometer Extra, Nambooze slammed Namugwanya for failing to resolve the heated tensions surrounding the market ownership in Kampala.”I’m not your shadow minister. I’m equal to six of Museveni’s ministers,” Nambooze told Namugwanya. “All of you don’t have work to do in your ministries. You are just occupying offices but Museveni makes decisions for you,” she added.

From the start of this week, government has been surveying all markets in the capital, Kampala in a move widely believed to be intended to grab the land away from the local traders. Kisekka market vendors have since Monday protested the surveying as they stress that government deliberately wants to take away their land. In the new reforms, government says they will take over ownership of markets and authorise the KCCA to be in charge. The city Lord Mayor Erias Lukwago says all this is politically calculated as Museveni struggles to reclaim the grip of Kampala which is a sworn opposition stronghold.

Traders however say they will continue to protest till government retreats from meddling in their affairs. “This is our land. We bought it with our money part of which we sourced from our businesses and we also have loans,” a trader told the press yesterday. By Tuesday evening, the Kampala Metropolitan Police spokesperson Luke Owoyesigire said they had detained 9 traders believed to have led the protest. “We are holding them in our custody at CPS. They set bonfires in roads and hit two of our officers. The OC of Miniprice was hit by a stone,” Owoyesigire said.