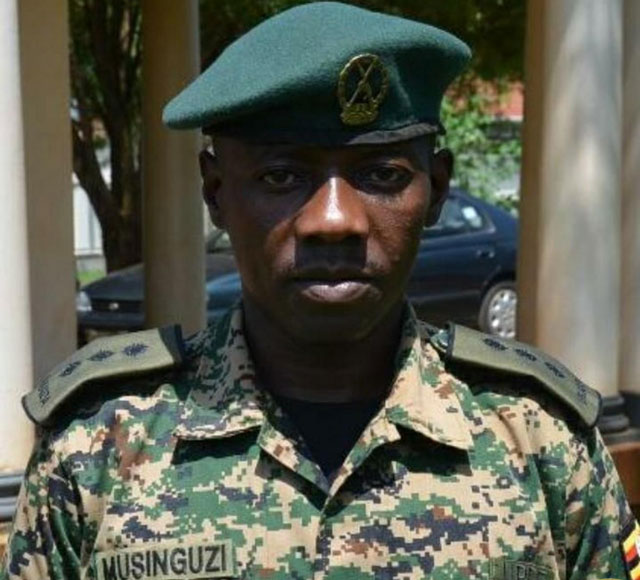 The errant officer has been identified as Pte. Paul Lotukei. According to eye witness accounts, the soldier who appeared to be under the influence of alcohol angrily fired at an unarmed woman identified as Pamela Nayebale aged 29 and her 9 months old baby, Owen Kusemererwa. The scuffle is said to have been triggered by the missing mobile phone of the errant soldier. “So, after the disagreement, he went outside the bar where they were drinking from and returned with a gun. A scuffle ensued leading to the shooting,” one eye witness narrates.

The UPDF Rwenzori mountain division spokesperson Capt. George Musinguzi confirmed the tragic incident and deemed it regrettable. He adds that the culprit has since been arrested and detained at the 222 military division brigade headquarters in Hima, Kasese district.

The bodies of his victims have been transferred to Fort Portal hospital for postmortem.

It should be noted that in the same region a few months back, a UPDF soldier shot and killed a local Church lay reader for allegedly flouting covid guidelines.

On Friday, Prince Kassim Nakibinge urged the leaders of the armed forces to subject their officers to a compulsory mental testing before deploying them to execute duties. Nakibinge stresses that these officers work under frustration which justifies their bitterness on civilians.