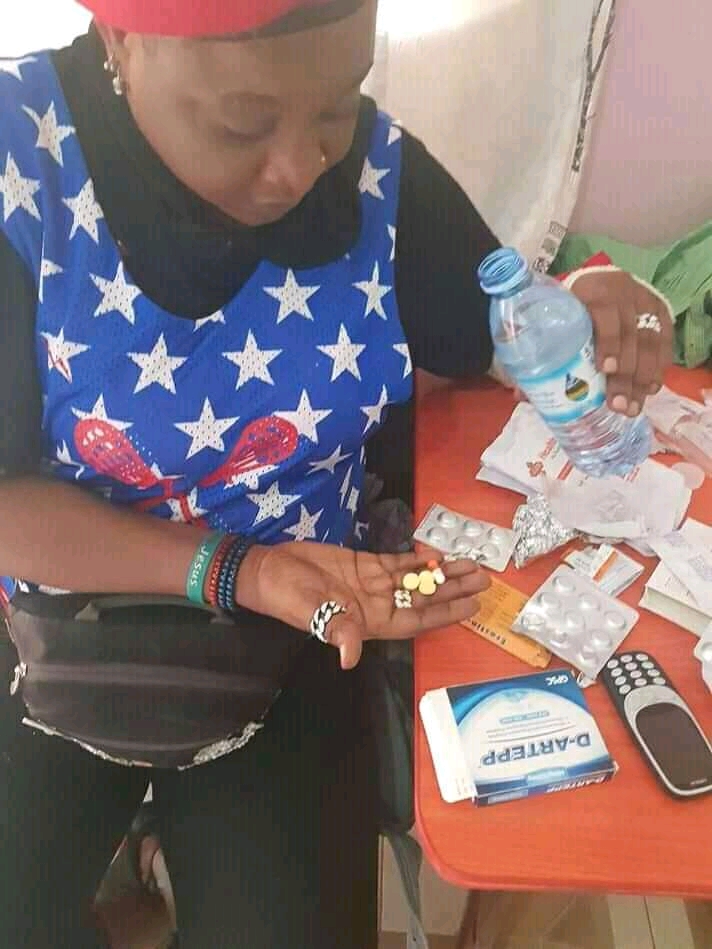 Faded musician and self proclaimed presidential advisor, Jennifer Nakangubi largely known by her moniker ‘Full Figure’ is currently drying tears after being embarassed by a riotus mob at Pastor Augustine Yiga’s vigil. It is barely a month since she faced a related wrath in Mbarara city where her posters were defaced and locals declared her persona non grata.

According to our reporter on ground, the mourners were angered by Full Figure’s utterances of lauding the government and yet it allegedly had a hand in the pastor’s misery having dumped him in Luzira maximum prison during the infant days of the lockdown. “That woman is stupid. How can she say Museveni helped Yiga yet he threw him in jail over nothing,” shouted one of the mourners. “Our pastor’s health condition worsened in Luzira and this crazy woman is here shouting rubbish,” yelled another mourner.

The scuffle ended with the mourners forcing Full Figure off the pulpit and asking her to board the vehicle and dart off with her elite guards. A stubborn Full Figure first defied the mourners’ instructions which forced them to be a bit more offensive. Haunted by the memories of her experience in Mbarara last month, a fearful Full Figure jumped in her vehicle and ran away. Moments after fleeing, Full Figure as usual attributed the attack on supporters of presidential candidate Kyagulanyi Ssentamu Robert aka Bobi Wine.