Min Nabakooba: Gov’t will escort Bobi from Magere to Kyambogo 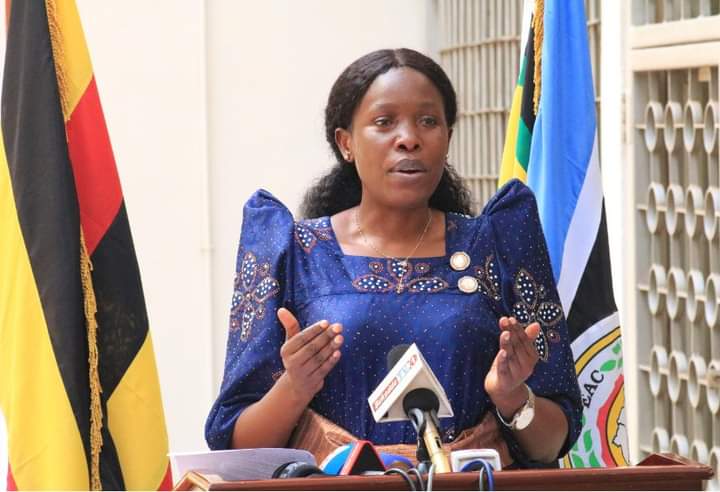 The Minister for information Judith Nabakooba says that all those gearing up to escort presidential candidates especially supporters of Kyagulanyi Ssentamu Robert alias Bobi Wine should take a chill pill after new arrangements to hand pick him from his home have been made.

According to Minister Nabakooba, Kyagulanyi Ssentamu Robert who is the first candidate to be nominated on Tuesday will be picked by a fully fledged VVIP heavily armed police convoy from his Magerere residence in Wakiso district. The motorcade will lead him to the nominatiom venue at Kyambogo and then escort him back home.

“Government will pick all presidential candidates from their homes and take them to get nominated. We have heard that some of them are mobilizing their supporters to escort them and yet we are still facing a health crisis,” Nabakooba said today. “We shall therefore not allow any of them to mobilize. We will instead pick them from their hopes and take them for nomination,” Nabakooba revealed on Sunday.

The nomination exercise is kicking off on Monday November, 2 with the NRM candidate Yoweri Tibuhaburwa Museveni taking the lead. All eyes and tension is however on the final nomination day on which FDC’s Eng. Patrick Amuriat Oboi and NUP’s Kyagulanyi Ssentamu Robert aka Bobi Wine will come to collect their forms. The two opposition candidates made it clear that they are to be escorted by their supporters up to the nominatiom venue though the EC says only 9 covid negative people will be allowed inside.