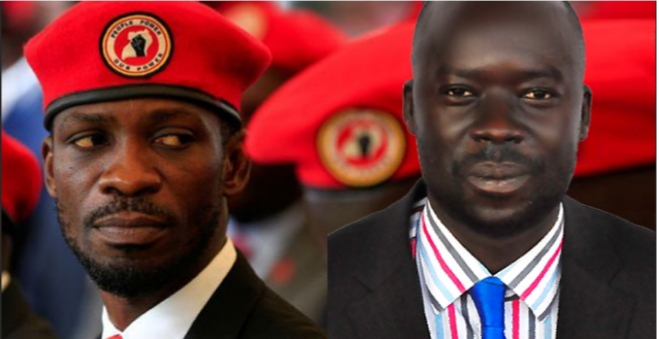 The outspoken Aruu county legislator Hon. Odonga Otto has lashed out at his former Forum for Democratic Change party for harbouring too much envy and disregard for presidential candidate Kyagulanyi Ssentamu Robert aka Bobi Wine and his National Unity Platform party.

According to Odonga, the FDC would rather ally with the ruling National Resistance Movement party to fight Bobi Wine and NUP instead of joining Bobi to challenge the dictatorship. “Opposition has seemingly lost it all: FDC/DP envies People Power/NUP, NUP hates FDC/DP,” Odonga says. Odonga adds that FDC’s struggle is to dominate the opposition contrary to reclaiming power as the NUP intends. “FDC would rather cooperate with NRM than see any other opposition block emerge,” Odonga says.

He also blames the opposition for failing to unite and yet this is how the NRM is getting free comstituencies qithoir6any contestation. “91 parliamentary constituencies have no opposition. We know who will win 2021 polls and who will run to court,” he forewarns.

The Aruu county legislator fell out with the FDC a few months back after accusing it of derailing from the core mission of unseating president Museveni. Odonga says the FDC party lost track and has only been a one man show of the four time presidential candidate Rtd. Col. Dr. Kizza Besigye. Otto stresses that FDC should pave way for the Kyadondo East legislator Kyagulanyi Ssentamu who apparently commands mass support from the people of Uganda.