NUP headquarters sealed off ahead of Bobi’s nomination 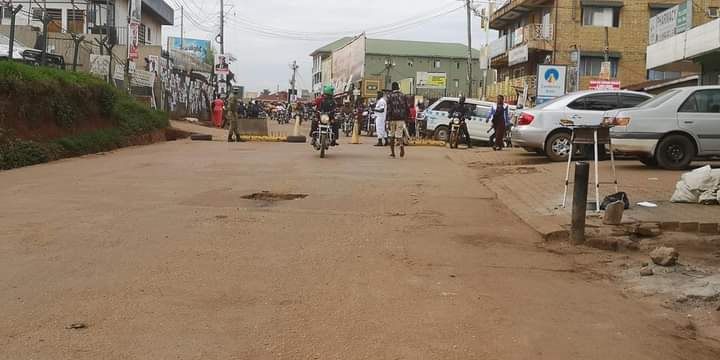 The headquarters of the National Unity Platform party in Kamwokya are once again under heavy military siege according to reports we are getting.

All roads leading to the party headquarters have been cut off by police and no motorists are allowed to advance to Kamwokya via old Kiira road road. This is a security measure to contain the supporters of presidential candidate Kyagulanyi Ssentamu Robert aka Bobi Wine who is getting nominated tomorrow morning.

We are reliably told that police is considering trailing the generational presidential hopeful from pulling a crowd like the case was on Sunday when he visited Pastor Augustine Yiga’s Kawala based revival church where he left security confused as they could not disperse the thousands who had convened to see the musician turned politician.

The NUP party spokesperson Joel Ssenyonyi has however condemned the police for stepping on the rights of the people. “We wil adhere to their guidelines but why would they want to over step on the people’s liberties,” Ssenyonyi asks. “If I am on my compound and I want to wave at Bobi Wine, what crime is that?,” he adds.

The nominationd will today be opened by NRM party candidate, Gen. Yoweri Tibuhaburwa Museveni who will be accompanied by the party SG Kasule Lumumba. The closing date will have Museveni’s major challenger Kyagulanyi Ssentamu Robert getting nominated.