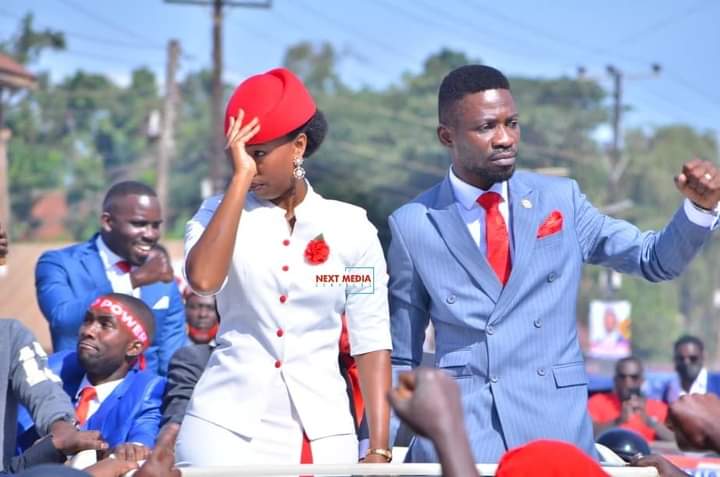 Kyagulanyi is to hold the National Unity Platform party ticket and he is to appear on the ballot with an umbrella as his symbol.

Kyagulanyi becomes the fourth candidate to be duly nominated by the EC after bush war veterans Yoweri Museveni of NRM, Mugisha Muntu of ANT and Tumukunde Henry of Renewed Uganda.

Kyagulanyi has been accorded a brand new vehicle and four escorts to aid his campaign process.

“I come before you as the most committed person to lead Uganda out of slavery. For the last 58 years our country has suffered,” Kyagulanyi said in his post nomination remarks. “15 years ago when we had a chance to witness a peaceful transition of power, Museveni scrapped term limits. 3 years ago he removed the last safeguard for a transition in form of age limit. Little did he know about the rise of unexpected people from unexpected places. Mr. Museveni your lust for power will come to an end. We shall remove the big obstacle and that’s Museveni,” Kyagulanyi adds.

The story is being updated