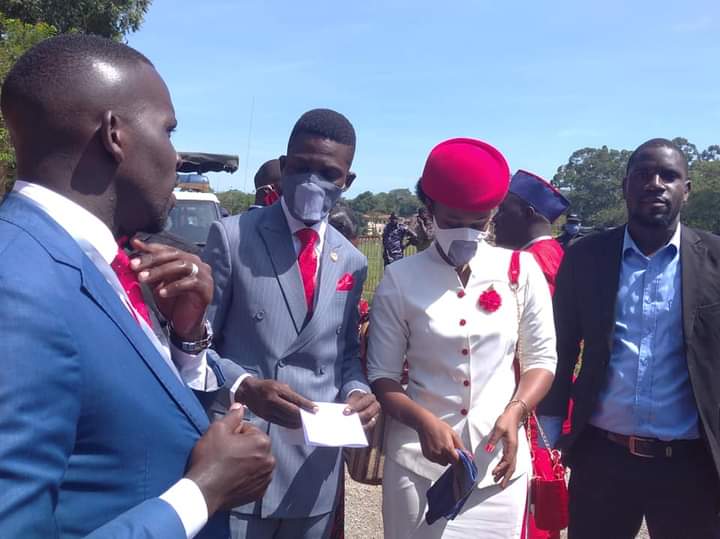 The Electoral Commission chairperson, Justice Simon Byabakama says they have not received formal complaints from the National Unity Platform party candidate Kyagulanyi Ssentamu Robert regarding his alleged torture by the security detail which was allocated to him on Tuesday.

SEE ALSO: NUP manifesto to be launched in Mbarara

Dyring yesterday’s presser while unveiling plans of the manifesto launch, the party Secretary General David Lewis Rubongoya said Kyagulanyi was not to retain the allocated state security following their involvement in harassing him during the Tuesday arrest. Lewis said the guards watched on and participated in Kyagulanyi’s brutal degrading arrest which prompted him to reject them on Wednesday.

Byabakama however says he has not received any complaints about the matter. “We called Hon. Kyagulanyi to give us his account but we couldn’t reach his contacts as they were off. But we are trying to hear from both sides to see how that regrettable incident can be avoided,” he told the media on Thursday. “We will hold a meeting with candidates today and security officials to see how we can have peaceful campaigns,” Byabakama says.

Byabakama adds that Bobi is still a presidential candidate who is entitled to protection from the state. “For that matter, we have not withdrawn our vehicle from him. I have not heard that. All I heard was that he had chased away the guards. I am waiting to hear from his side and we complete the matter,”Byabakama said. “We want to get to the root of all this. What was the role of security provided to guard Kyagulanyi?. We want to know their role in this entire fracas. I can’t just take what Kyagulanyi is saying on its face value. I have got to verify and crosscheck that information with those on ground to see what happened,” he adds.