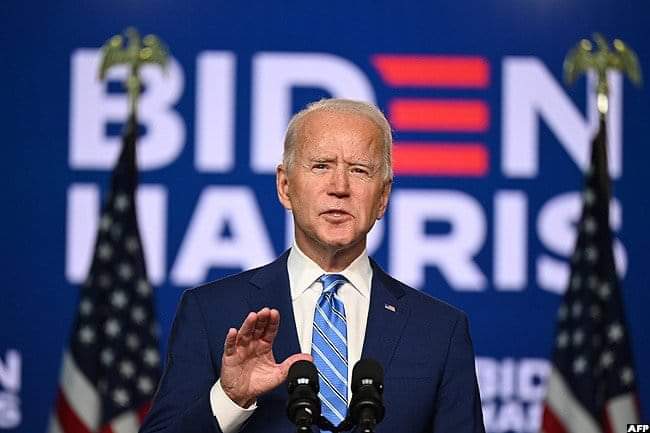 Several US media outlets have projected a victory for the Democratic Party candidate Joe Biden who is apparently in a comfortable lead against incumbebt Republican rival Donald Trump. Sever reports indicate that Biden’s chances of winning are on 79% while Trump’s projection is shrinking eacg and every second.

Mr Biden has the edge in the race to accumulate the 270 Electoral College votes needed to win the White House. The Democrat has 243 votes, while the Republican has 214.

In the US election, voters decide state-level contests rather than a single, national one. Each US state gets a certain number of electoral college votes partly based on its population and there are a total of 538 up for grabs.

So Joe Biden is on his way to The White House with the most number of popural votes in the US history surpassing former president Barack Obama.

Joe Biden also holds the plaque of the youngest senator of the contemporary US senate (20th century and on) at 30 years, 44 days as at 3rd Jan 1973.

Joe Biden shall also become the most decorated politician in the history of the US as of the time spent as senator (6 terms), number of senate committees served, number of senate committees chaired(foreign relations committee that he chaired on 3 different occasions, international narcotics control caucus and the judiciary committee), then proceeded by 8 years as Vice President and then finally now PRESIDENT OF THE FREE WORLD.