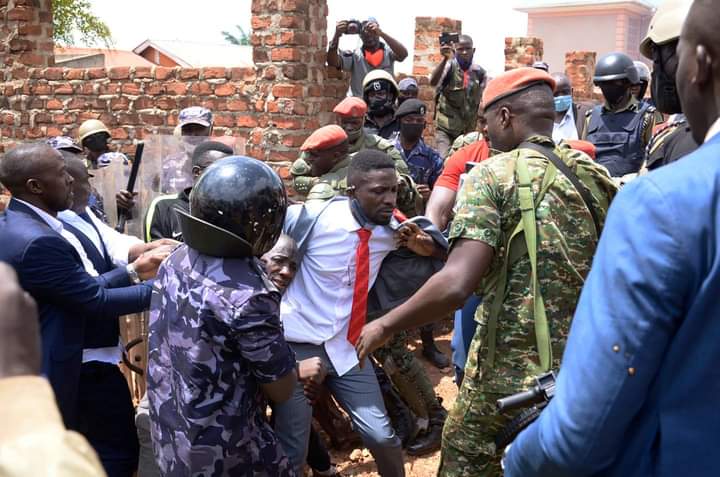 The National Unity Platform party presidential candidate Kyagulanyi Ssentamu Robert has called upon Ugandans to speak out against the reigning military brutality that has persistently prevailed in Uganda as the election season draws close.

Bobi, a routine target of regime brutality on Tuesday yet again faced one of his worst life moments as he returned from nominations in Kyambogo. Just as he left the venue, Kyagulanyi was roughed up by his own assigned bodyguards who were joined by other officers that brutally whisked him out of his vehicle after smashing its side screen.

Although the brutality was widely condemned by several Ugandans, the first son, Lt. Gen. Muhoozi Kainerugaba who ranks highly in the forces glorified the terror which was meted out on Bobi Wine.

“Ugandans, we must commit never to allow this again in our country. In the years to come, when our grand children look at these pictures, they will shake their heads in shock that oppressed Ugandans could treat their fellow citizens in this manner on behalf of an old, desperate tyrant. Never again will Ugandans who disagree with those in power, be treated with so much indignity; with so much disdain; with so much hate!”