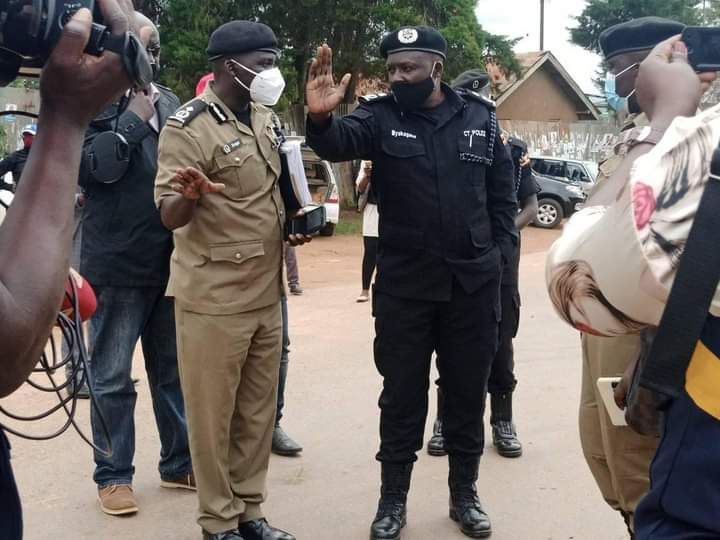 Up to now, the event has not yet kick started as earlier communicated due to interferences by members of the armed forces. Kyagulanyi Ssentamu Robert aka Bobi Wine who is the NUP flag bearer is already in town but reports we are receiving indicate that police has instructed him to use the Mbarara bypass route and not the town centre as earlier intended.

The deployments and barricades erected at all entry points and streets of Mbarara city have delayed the process as security officials await orders from their superiors.

The Bunyoro NUP coordinator, Anglia Godwin who is in the area says it is likely that police wants to delay the event in a bid to deter and frustrate Bobi’s supporters. “The launch was supposed to begin at 11am but up to now nothing has happened,” Anglia says. “The lists of invited people was submitted to police on time but still we have not seen a response yet,” he adds.

He also notes that several supporters of NUP have been arrested for donning in the red attire. Earlier the Deputy RDC had threatened to take action on anyone who appears in red on Saturday. All police cells in Mbarara city are filled with dozens of NUP supporters who were arrested from their hotel rooms last night. By the time of filing this report (13:30 E.A.T), Bobi Wine had not yet turned up at the venue.