OPINION: Scrapping of article 102 will see more of ‘John Katumba’ on the ballot 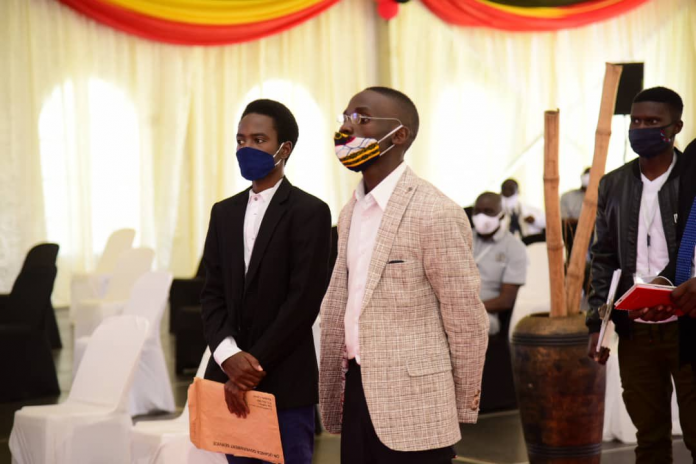 In the year 2017, president Museveni acting through his grip on the tenth parliament numerically overshadowed the rebellious opposition and successfully scrapped article 102(b) of the 1995 constitution which was the only hinderance to his life presidency as it barred all those aged beyond 75 from contesting for the highest office in Uganda.

Although the politically insatiable Museveni won the battle, he trimmed  the dignity of the office by opening avenue to even those aged 18 and possess UACE grades. This close gave birth to candidates like Jimmy Katumba who ably raise the required UGX 20m to appear just on the ballot.

Whereas the 24 year old has boosted his CV being Uganda’s first candidate of his age to be on the ballot, on Saturday while appearing on a TV interview, he decried the poverty that is frustrating his campaign trail.

He pledged that if he is voted into power, he will focus on unemployment that country is grappling with. “If others can, we can also make it. I will fight unemployment. I am a fresh graduate from Makerere University and I know what it means to go without a job,” Katumba said.

“Our currency is devalued. I know the problem and I am the solution to it. We export less and import more. Even the companies that make products for export are not for Ugandans,” he said.

“I am going to fight poverty starting with our minds. There is nothing impossible when God is on our side. Many of us are limited by our minds because we think that doing some things is impossible,” he said.

“My symbol is a table. Why I chose this is because I want all matters to be solved on a table and not by using force. We need to understand that we are one and should not resort to violence.”

Whereas his ideas are brilliant, Katumba is unfortunately not financially equipped to make his campaign lively. The candidate confessed that he can hardly sustain his own 10 police escorts who were given to him. He also says his super custom model vehicle was taken away by the real owner. This all means that the Electoral Commission has now become a joke for every adult at 18 to come and spend his or her leisure time. All this would not have been the case had the age limit bill not been tampered with. We are not disregarding Katumba’s potential but we would advise that for a candidate to surface on the presidential ballot, the EC must at least torch into their capability to run a campaign instead of judging by the 20 million which every ‘Tom and Jerry’ can easily mobilize and be in the race for the sake of building a CV.