Besigye: Get ready for war when Museveni rigs again 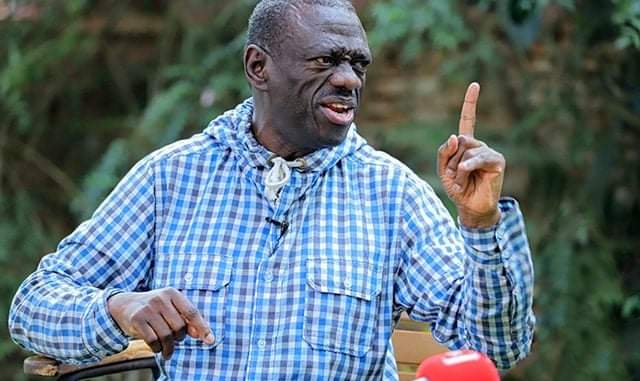 Four time presidential candidate, Rtd. Col. Dr. Kizza Besigye has weighed in on how he perceives the 2021 presidential contest. Besigye who today appeared on the NBS morning breeze show says Ugandans must be prepared to fight and reclaim the grip on their country which is currently under captivity of Gen. Yoweri Tibuhaburwa Museveni.

“No one will be announced winner, and note that the elections are only put in place by the Junta to lie to the outside world that there is democracy in Uganda well as not. It’s extremely urgent to liberate this country,” Besigye notes.  “And that’s the reason as to why we need plan B. The British were sent out of Uganda without votes and Ugandans were free. Votes are nothing according to research in Uganda,” Besigye says.

On unity, Besigye says the opposition failed due to variances in strategy. “First of all there is not reason as to why the Opposition failed to Unite. Each party thought they deserved the right to be fronted than others,” he says.

“We can fight without Guns with only one order. The Opposition is not focused. and is now more dis-organised than ever. There was no reason as to why president Museveni appeared on the ballot paper,” he adds.

“I realized that President Museveni was using the election opportunity to fool the world that the people of Uganda voted and spoke their minds out which was not true.There is no credible results that will be announced,”Besigye reiterates.

Besigye also says the ballot has failed to liberate the country as many politicians end up occupying offices.

On the roadmap, Besigye says the time is insufficient. “A Councillor is given six months to campaign and an M.P is given four month to campaign well as a president is given 60 days to campaign in more than 130 districts all over Uganda. Candidates spreading information of wining by defiance are the ones I support,” he says.  “We need to first fight for power before we fight for offices. They are only stealing money. How can state house use more than 685 billions only since February and the army used more than 4000 billions in classified. The truth is that we are going to WAR,” he adds.