Bobi Wine: Arua campaign is a tribute to our slain brother Yasin 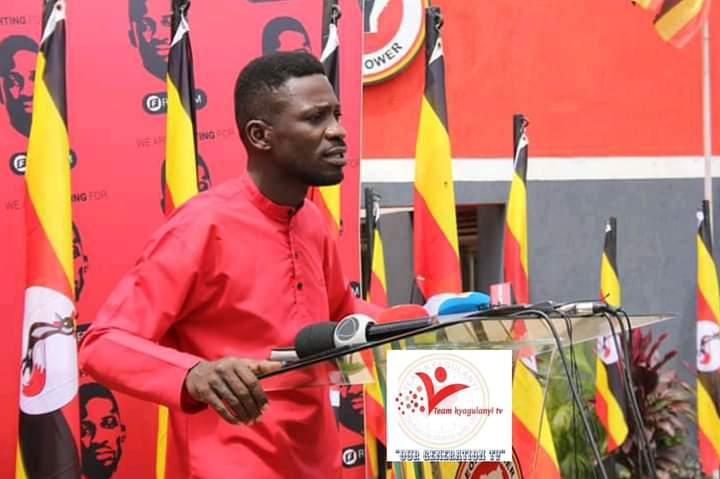 The National Unity Platform party president Kyagulanyi Ssentamu Robert has opned up on why he recognises the significance of the West Nile region where his political journey gained peak when he survived an SFC led assassination attempt that claimed the life of his driver, Yasin Kawuuma.

Addressing journalists this morning at the NUP party headquarters, Kyagulanyi said that the reason they chose Arua as the genesis of their campaign is simpy to recognise the sacrifices of the people in this region and also the life of his fallen driver, Yasin Kawuuma who was shot dead in 2021 during ghe SFC raid on People Power supporters.

Kyagulanyi adds that on this journey, he is to tell West Nile that as it was a place of the promise, it must be the place of fulfillment and he dedicated the campaign to the slain Yasin Kawuma.

“To my friend, Yasin Kawuma, you might not be standing with us today, but you stand in us. I dedicate this campaign to you,” Kyagulanyi said. He also added, “As all of you know, some two years ago I was supposed to be a dead man in Arua. There was a n assassination attempt that unfortunately took the life of my driver and friend, Yasin Kawuma. Many friends were brutalised but by the grace of God, we are still here and getting stronger.”

The West Nile region was a battleground for the People Power movement led by Kyagulanyi Ssentamu Robert alias Bobi Wine and the incumbent Yoweri Museveni as they faced off in a direct comfrontation at the peak of the byelection. Reliable reports say Museveni’s worst and most recent embarrassment is that Arua byelection saga where he was overwhelmed by the power of the people as they blocked his motorcade from leaving the town. The SFC would later angrily revenge on Bobi Wine who was in his rest room at Pacific hotel, Arua. Consequently his driver, Yasin Kawuuma and several others were shot dead on the spot.