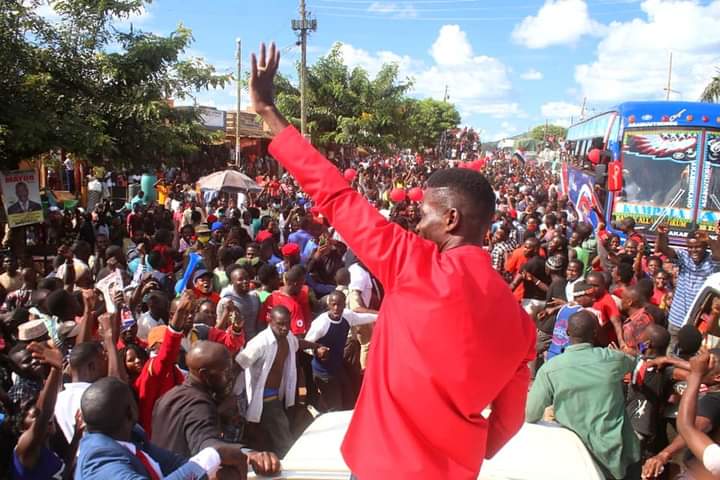 Kyagulanyi Ssentamu Robert who is running under the National Unity Platform party has accused the incumbent president, Gen. Yoweri Tibuhaburwa Museveni for steering divisions within the people of Uganda.

Kyagulanyi says Museveni has used tribalism as a tool to divide the people. “Museveni uses divide and rule to instill hatred between us but we are all the same people,” Bobi told a crowd in Pakwach this Tuesday morning when he addressed a rally. “The same problems you face here are the same problems the people in Buganda, Busoga and Ankole face. A country cannot develop when we are divided on tribal lines. Am here to unite all regions and tribes. A new Uganda where one won’t be asked about where he comes before being given a job.” Bobi Wine added.

In the 35 year tenure of Museveni, Ugandans from other regions say government has promoted favouritism and sectarianism by sidelining potential servants from other parts of the country. In all government agencies, people from the Western region seem to have an upper hand of serving compared to those in the East, North and Central. A recent survey by a private investigator pinned names of people occupying key government positions and they all hailed from the west. High ranking officials in the army, police, and prisons are all natives from the western region. Kyagulanyi says in his government he is to give equal opportunities to all Ugandans and offices will be occupied on merit and not ‘who knows who’ as case is with the NRM regime.