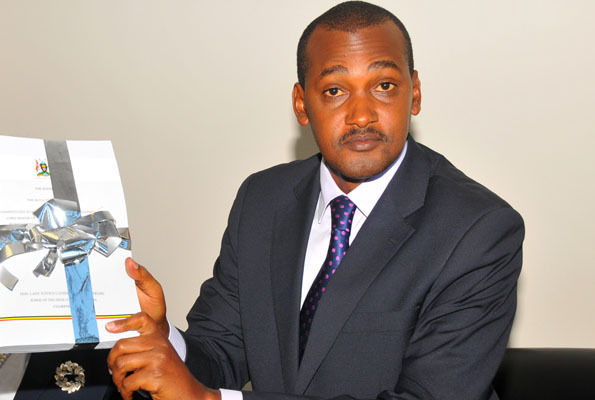 Government has today green lighted Minister Frank Tumwebaze to resume his labour export campaigns and we have reliably learnt that this directive starts with immediate effect.

A jubilant Tumwebaze who operates a fleet of labour export companies took to Twitter to break the great news of his hustle. “This is to inform all licensed companies involved in the sourcing of external employment for Ugandan migrant workers, that COVID-19 lockdown measures by Ministry of Health and resumption of air travel, Ministry of Gender will be lifting the ban,” Tumwebaze tweets.

A source close to the Minister says on Sunday, he held closed door meetings at his Nyumbani hotel in Makerere Kikoni where he hosted some of the owners of labour export companies and resolved to stage a peaceful protest aimed at compelling the government to relax some of its tightened nuts on their once thriving business. On Monday indeed, a group of youths armed with placards stormed the Ministry of gender premises amd delivered a petition (doctored by labour export company operators) taking government to allow them resume operations.

Tumwebaze is now all smiles as his labour export companies will resume operations. It should be noted that these companies have for long been accused of fraud by its clients who stress that they are given different jobs instead of those which are advertised and besides, the payment is itself trimmed and the largest percentage reimbursed to the labour export companies.