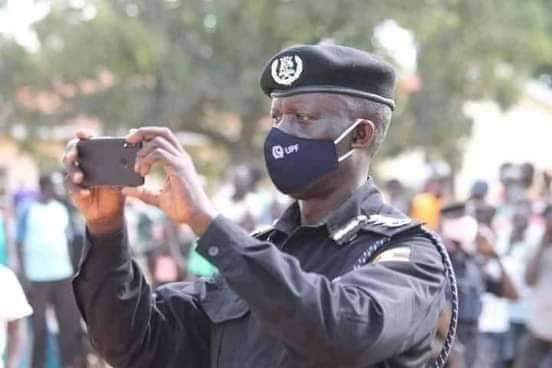 With less than 65 days to the polls, the men in uniform seem to be sobering up to reality and gobbling down the welfare facelift idea shoved by the National Unity Platform party president Kyagulanyi Ssentamu Robert.

Scenes manifesting in most districts where Bobi Wine is holiding his campaigns reflect a softening approach from men in uniform as many are now finding it difficult to torment a man who wants to improve their livelihoods. It is getting evident that the shs 1 million pledge has sank down into the minds of the policemen.

Today as the NUP leader laid foot on Acholi land, he was enthusiastically welcomed by hordes of supporters who flooded the streets to cheer him on. Among thw crowds was a police officer who was captured on camera taking live videos on his mobile phone, a trend that was initiated by Bobi Wine’s bloggers and media team. The police officer bravely captured the message and streamed it live for his colleagues in the barracks. This is the exact message Bobi Wine earlier asked Ugandans to embrace. The NUP leader told Ugandans to use thwir gadgets as conduits of the liberation message. It is impressive that even men in uniform have embraced the call.