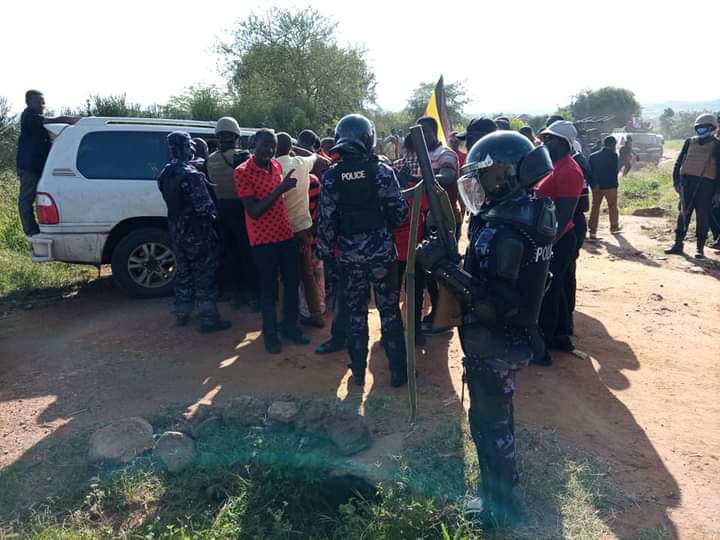 News coming in indicates that the National Unity Platform party president Kyagulanyi Ssentamu Robert has been intercepted by police and UPDF as they want him restrained from campaigning in Kaabong district.

Kyagulanyi and his entourage have been asked to vacate the district if they cannot adhere to the RDC’s directive of using a closed venue. According to reports on ground, police is even considering demobilizing Kyagulanyi’s entourage. “They have asked some of us to retreat and leave only the candidate’s vehicle to advance to town,” one of the bloggers streaminb Bobi’s campaigns told this site. “The RDC says he does not want covid in his district. He claims that we will make his people sick,” he adds.

By the time of filing this report, police had not yet green lighted Bobi’s rally as they awaited special orders from the RDC. Bobi’s vehicle remains engulfed by heavilu armed FFU police officers who don’t want him to drive to Kaabong town.

Kyagulanyi who just concluded his West Nile, Acholi and Lango region campaign is supposed to pitch camp in Karamoja region to proceed as per his programme.