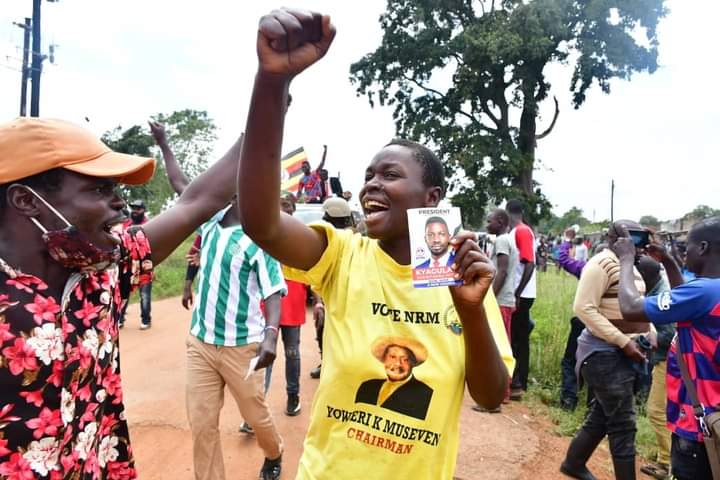 In his quest to take the top seat, the National Unity Platform  party president Kyagulanyi Ssentamu Robert aka Bobi Wine has continued to win converts for his bid. Just this morning, a group of NRM youths donned in their yellow attire officially dropped their party and announced that they are to convass for Kyagulanyi’s votes.

One of the youths, a woman wearing a T-shirt with President Museveni’s poster gestured and announced that she was to support Bobi Wine for the 2021 polls.

In Bobi’s speech, he told his supporters that the reason Museveni is insisting on scientific polls is because of his old age. “Mr. Museveni ordered the EC to give little time for campaigns because he is a very old man and he can’t move around the whole country,” Bobi said. “We, the youths can run on foot across Uganda but Museveni, even using a car, he can’t do 20 districts. He will feel us,” Bobi added. His deliberations prompted several NRM youths to put off their yellow shirts and ask for NUP membership cards.