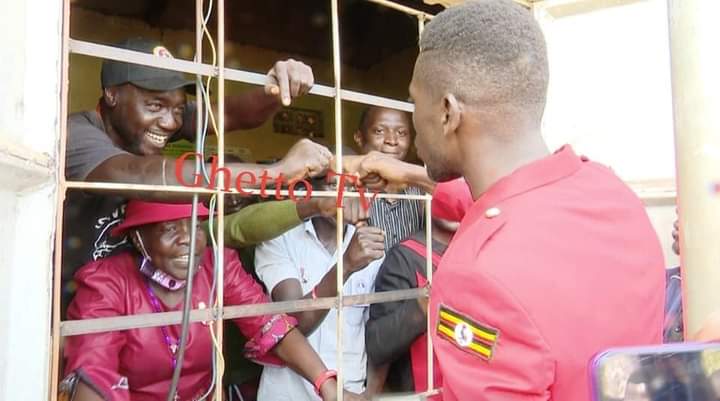 The Oyam district Grade one magistrates court on Friday charged six members of the National Unity Platform party with committing acts likely to spread the novel Corona virus disease after they were arrested allegedly without face masks at a procession of their candidate.

The charged include the Deputy Principal of the NUP party Dr. Lina Zedriga, coordinators Spartan Mukagye, Oyeki Gerald, Obedgiu Samuel and three others.

The six were charged with flouting covid guidelines by not wearing face masks. However, NUP had sureties on standby who stood in for their bail that was granted at non cash.

Like we earlier reported, Dr. Zedriga’s arrest was politically motivated by the state as they were envious of Kyagulanyi’s prominence and dominance in the Northern region.

Our reporter spoke to one of the freed NUP coordinators who lashed out at the Oyam DPC for accepting to be used. “There is no penalty for anyone who does not support Museveni. What is the use of multiparty politics if these people don’t want us to be with the NUP party,” asked one of the freed NUP officials who asked not to be named. “They are the very people flouting the rules they set. If they could abide by what they set then the better. But we have seen them convene rallies. What didn’t we see in the NRM primaries,” he adds.