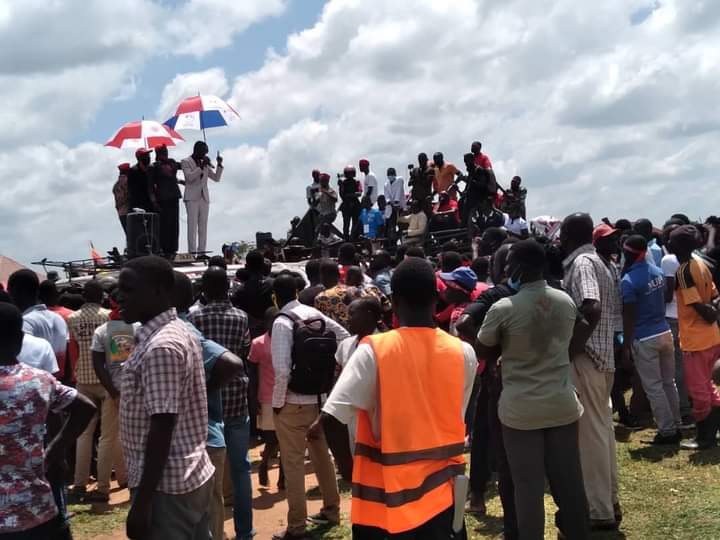 Presidential hopeful of the NUP party Kyagulanyi Ssentamu Robert aka Bobi Wine has called on Ugandans not to be corrupted by the NRM petty cash and material items like soap and money that are used to entice them into voting for wrong choices.

Addressing a gathering in Kumi trading centre this morning , the NUP leader told the locals not be derailed by money offered by president Museveni and the NRM officials. “I didn’t come with money. Wait for Mr Museveni he will give you the money. Eat it because it is ours after all but vote for us to make sure our money is not used to buy our conscience so he continues to torture us,” he said.

He further urged the voters to be firm and positive about the revolution after assuring them of the silent support for change within the armed forces. “We are many and those soldiers you see believe in us. They will join us only when we are organised. We can do this,” Bobi Wine told his supporters in Kumi District.

Credible sources in the forces already stress that the NUP leader’s manifesto to improve the meagre pay and welfare has incited junior ranked officers who now see him as the rightful person to lead this country. Apparently, Museveni’s government pays soldiers an income not beyond UGX 350000 and housing them in dilapidated structures left by the preceding Idi Amin and Obote governments.