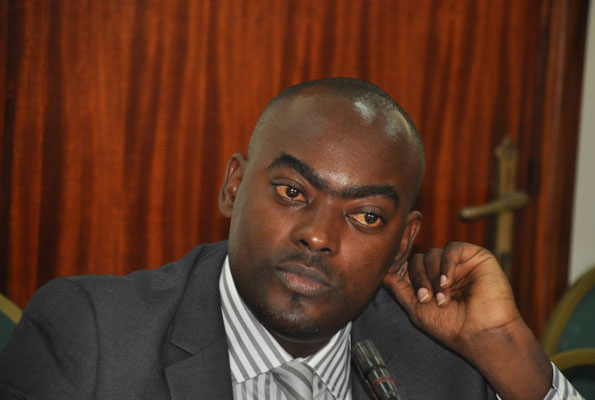 Masaka MP hopeful and EALA legislator, Hon. Mukasa Mbidde has today made a u-turn and publicly declared that he will support the National Unity Platform party president Kyagulanyi Ssentamu Robert aka Bobi Wine.

Mbidde who serves as the Vice President of one of Uganda’s veteran political parties, DP, announced on Monday that he will not vote for his party candidate, Nobert Mao but rather Kyagulanyi Ssentamu of NUP. He made this declaration while addressing a campaign rally in Nyendo-Mukungwe constituency.

Mbidde says that as it stands, Bobi Wine stands higher chances of unseating incumbent president Museveni who seems to be in the final days of his tenure. Mbidde says he first weighed odds and realised Mao will not even raise 1% of the total votes.

Mbidde and Mao have been close associates even after the DP had been divided into two factions. He also overtly supported Nobert Mao for the DP presidency when the Nambooze faction preferred a native Muganda to take the party.