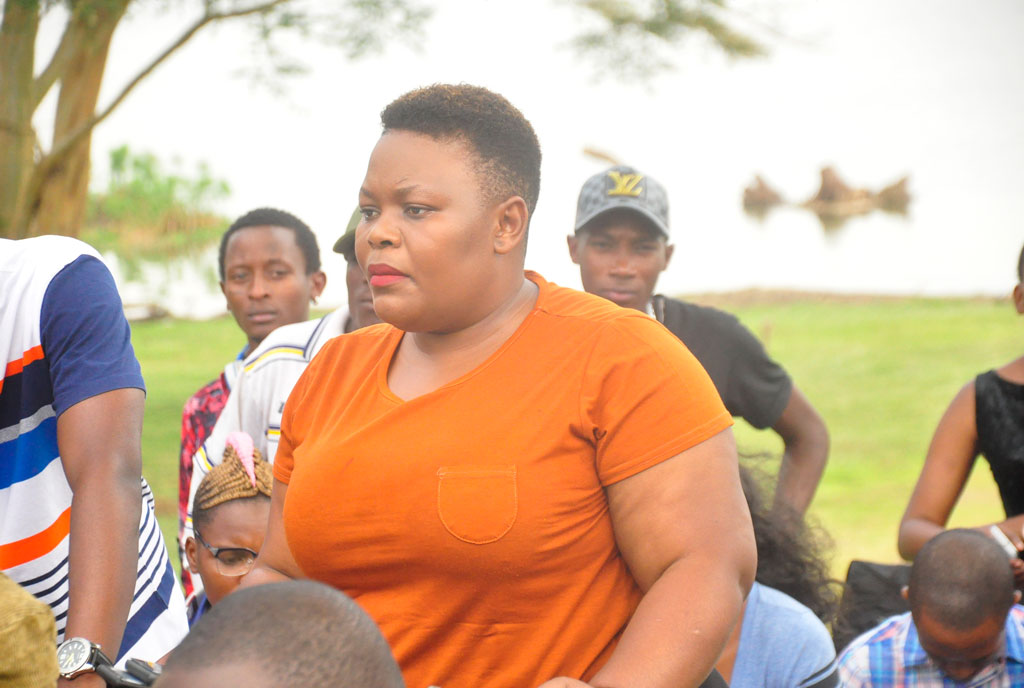 Museveni’s self imposed advisor and faded musician Catherine Kusasira Sseruga has today appeared before the anti corruption unit headed by Lt. Col. Edith Nakalema. Kusasira and Pastor Franklin Mondo are jointly accused of fraudulently obtaining money from unsuspecting Ugandans who they promise to fix meetings for with the president, Yoweri Museveni.

SEE ALSO: Bobi declined to meet me that’s why I hate him-Catherine Kusasira

Kusasira who appeared tense and afraid watched on as implicating evidence on her was being adduced to Lt. Col. Nakalema’s court. According to the available information seen by this site, Kusasira and her associate Mondo have for the past months defrauded over UGX 5 billion solicited from curious members of the public who have been struggling to meet with Museveni. In one of the adduced proof, Kusasira is heard in a recorded telephone conversation asking for 20 million shillings from one of the renowned city magnates whom she pledges to fix an appointment for with the president.

Kusasira and Pastor Mondo have sweat tears and denounced having any knowledge about the leaked audio clips.

It should be noted that Kusasira is also close friends with another Pastor Ssemanda of revival ministries church who on Monday was remanded over the same fraudulent activities.