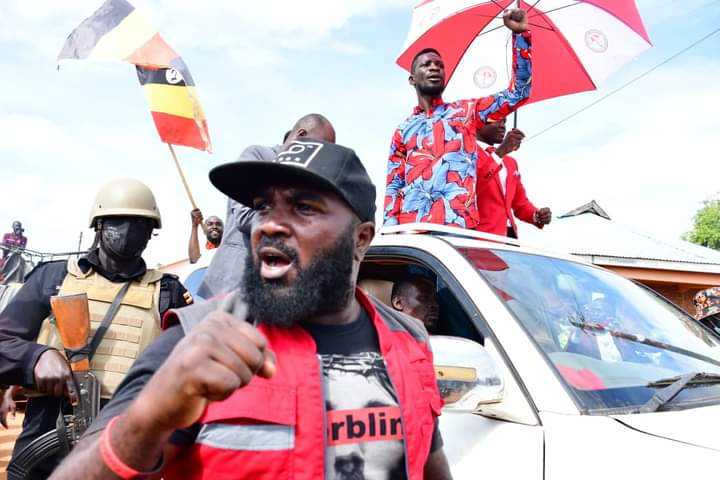 Presidential candidate Kyagulanyi Ssentamu Robert of the National Unity Platform party has been charged with committing an act likely to spread COVID-19.

His wife, Barbara Ithungo just confirmed a few minutes back in a social media statement.

“There we go team. Hon. Kyagulanyi is still under custody in Nalufenya and below is the charge sheet.
Crime committed? Attempting to hold a presidential campaign meeting in a venue where he was scheduled to be.
Note: It is the duty of the police to man the meeting venue and regulate numbers and since they have consistently failed at this ( like they fail at almost all their duties), the blame game just begun,” Barbie wrote.

Meanwhile, military has taken charge of tha capital, Kampala asking people to vacate back to their residential areas. In other news, FDC presidential candidate Eng. Patrick Amuriat Oboi has also been arrested.