FDC to proceed with campaigns despite Bobi Wine arrest 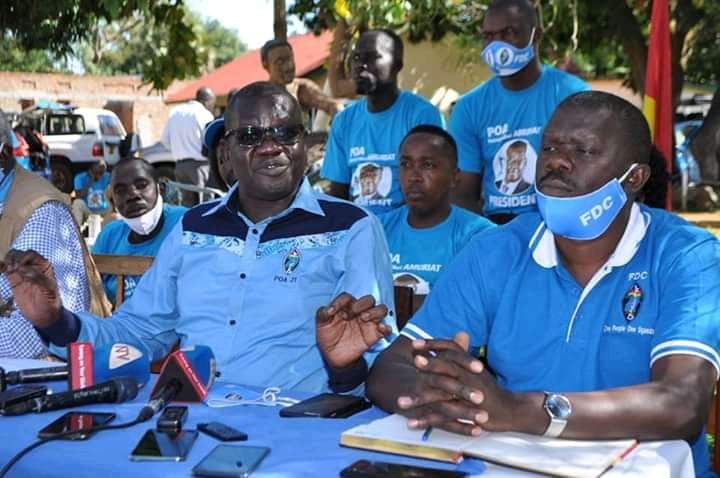 The opposition Forum for Democratic Change party has disregarded calls for a halt of its candidate, Eng. Patrick Amuriat Oboi’s campaign trail in solidarity with the persecuted National Unity Platform party leader Kyagulanyi Ssentamu Robert aka Bobi Wine. The FDC today in a Facebook post showed that its unbothered by the political persecution of NUP president Kyagulanyi Ssentamu.

The FDC’s defiance comes just a few days after three presidential contenders; Mugisha Muntu of the Alliance for National Transformation, Gen. Henry Tumukunde of the Renewed Uganda pressure group and independent candidate John Katumba announced that they would not advance their trails in condemnation of Kyagulanyi’s incarceration.

The FDC in a press conference held on Thursday declined to heed to the calls of the public that asked it to emulate the three opposition candidates that have halted their campaigns already. The party in a Friday graphical social media post reaffirmed that their candidate, Eng. Patrick Amuriat is to proceed with his trail even when his counterpart, Kyagulanyi Ssentamu is under trial.