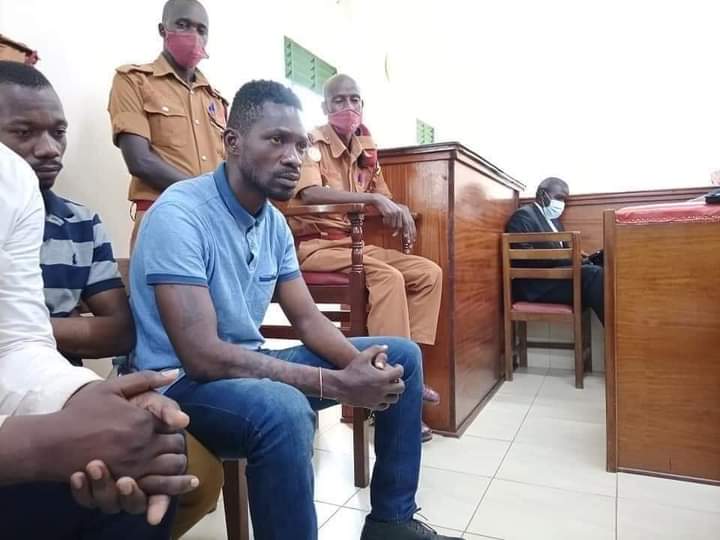 The NUP leader today turned up amid tight security and heavy deployment. Bobi Wine appeared strong and firm and in his deliberations in the dock, he reminded the magistrate that it is the people of Uganda under trial not him. The magistrate, her worship Josephine Nakato asked Bobi to adhere to the exisiting covid guidelines and run a scientific campaign that convenes strictly 200 social distanced attendants. “The accused being a presidential candidate must adhere to the guidelines set by the Electoral Commission and the SOPs Ministry of health,” she urged.

Presidential aspirant Bobi Wine was arrested this week during his campaign rally in Luuka and his being subjected to brutality in broad daylight is what triggered spontaneous civil uprisings across the country.

A number of significant protests demanding for his release have followed, calling for the end of regime brutality in Kampala and all other surrounding districts.

The regime’s reluctance to respect human rights and to protect its people has continued to undermine the constitutional mandate including; freedom from arbitrary deprivation
of life, freedom from torture and other cruel
inhuman or degrading treatment.

Ugandans are currently fighting for a free nation where citizens equally enjoy freedom and social justice.

The story is being updated.