EXCLUSIVE: Gen. Museveni to deploy own criminal gangs to justify his terror on Ugandans 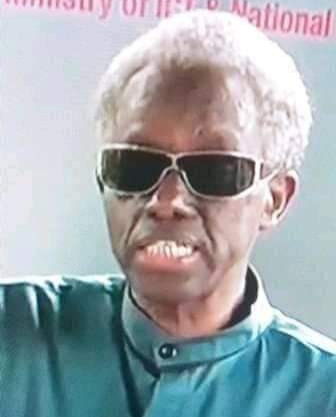 “They have entered an area of fighting we know very well. Whoever started it will regret it. Those who have been attacking NRM people in Kampala will soon lose that appetite. You will see the uniform of NRM and won’t touch it. Even if they abandon it, you won’t touch it.”

“We know that most of the victims had gunshot injuries and we saw a lot of guns on the streets. We are are investigating to see if some of the shooting was done by the rioters because they were very organised. They had all kinds of weapons on standby including machetes, hammers, tyres, knives. I see one of you (reporters) shaking his head, may be he was part of them…but we arrested these people and we impounded these weapons. We have them, we have all the evidence.”

Following the arrest of presidential candidate Robert Kyagulanyi, protests broke out and turned violent when the security forces opted to shoot on sight. So far, official records indicate that at least the number of people who were shot dead by Museveni’s security forces stands at 49 while the fatally injured by bullet wounds is in hundreds. The incident has attracted worldwide condemnation and Museveni is scapegoating the so-called outsiders. His notorious Minister of Security, Gen. Elly Tumwine is alleging that the protesters were armed with guns. But he doesn’t tell why they would use the same guns to shoot innocent civilians instead of the armed security personnel who were shooting at the protesters!!!!!

As has always been the case, the next step is for Museveni to deploy special squads of criminal gangs disguised as #opposition activists who will physically attack innocent civilians and, more so, members of his NRM in order to generate a shift in dissent by the unsuspecting population. Life and property of regime faithfuls and some foreign investors will be threatened by these squads. Even some unlucky security personnel will fall victim. In turn, Museveni will get grounds to carry out a grand clampdown on opposition activism while at the same time covering up for his heinous crimes against Ugandans. At the end of the day, gullible Ugandans will worship him as the guarantor of their security. Being a master of deception, this tactic has been his trademark since time immemorial.