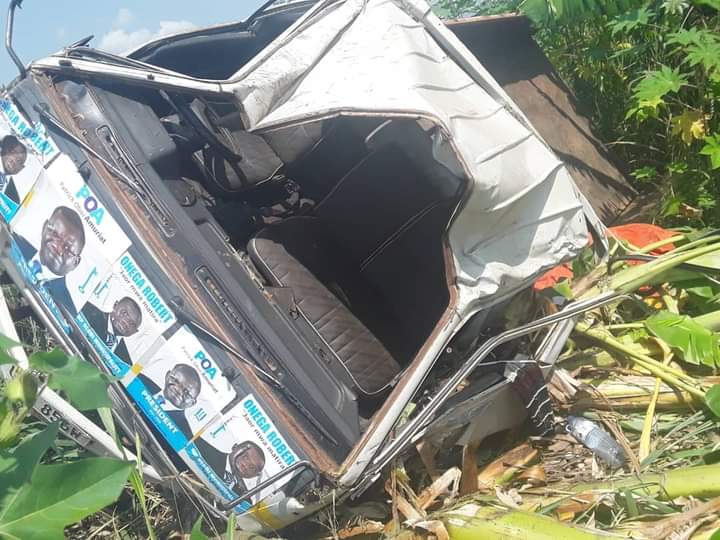 The opposition Forum for Democratic Change party is to put a halt to its campaign trail after two of its members died on the spot following a nasty accident in the West Nile.

“It’s A humble sad moment for the Fdc institution, Nebbi people . As we cancel our campaigns for now. Our car that was carrying the PA system got some mechanical issues,” one FDC official says. “Two people are dead and 15 are admitted,” he adds.

By the time of filing this report, the cause of the accident had not yet been explained by the traffic authorities in the West Nile region. Some eye witnesses who were on the scene pelted blames at police which they say has frustrated the campaign trail of opposition candidates by keeping them insecure on the road with endless chases to block them from addresing the public.