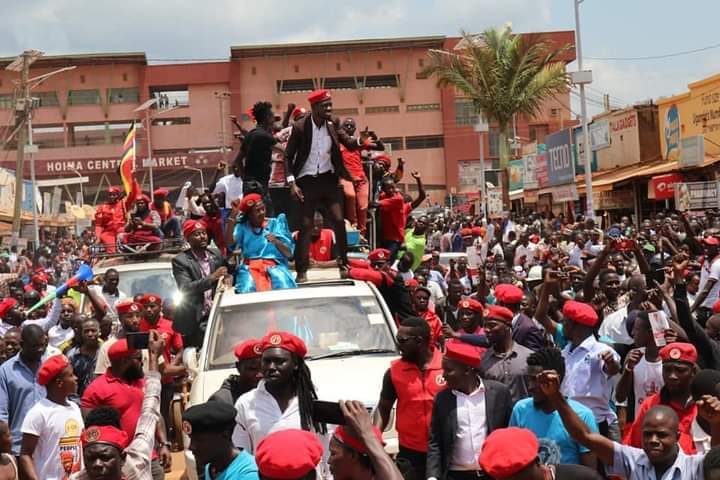 Presidential candidate Kyagulanyi Ssentamu Robert aka Bobi Wine is in the oil rich Bunyoro region to advance his campaign trail for the top most 2021 seat.

Bobi is not so new to Hoima as he once conquered the same vicinity in last year’s byelection for the People Power candidate, Nyakato Asinasi whose victory was grabbed for NRM’s Busingye Harriet.

Reports on ground indicate that Kyagulanyi has brought the entire city to a stand still with hordes of supporters following him to Boma grounds where he is to hold his first rally. Although security forces have deployed heavily to contain the masses, the mammoth numbers have already out manned them. The RDC has instructed soldiers to block all roads leading to the heart of the town in a bid to block Bobi Wine from gaining and dominating the place which has for long been proclaimed to be an NRM stronghold. Soldiers and police officers clutched on their rifles are seen engaging in a cat and mouse chase with supporters of Kyagulanyi who have stubbornly declines to disperse.