Bobi Wine pledges to release Mumbere once elected to power 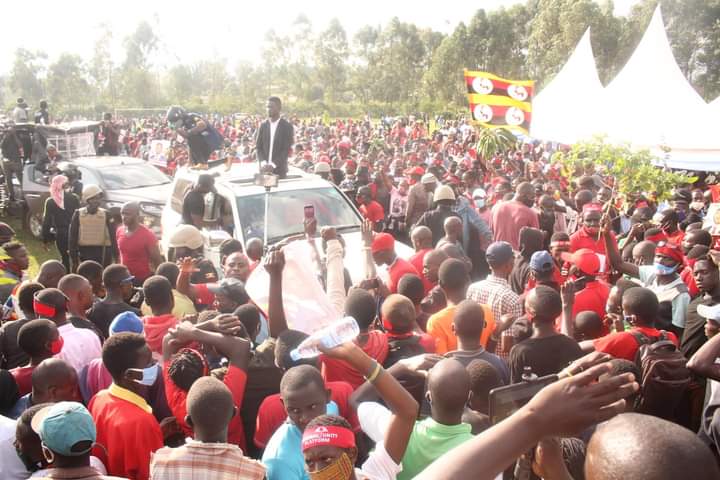 The National Unity Platform party presidential candidate Kyagulanyi Ssentamu Robert aka Bobi Wine says among his first primary targets once installed to the top seat is the revival of the ‘Obusinga bwa Rwenzururu’ kingdom which was outlawed in 2016 following the UPDF raid on the palace.

Speaking to hordes of supporters in Kasese on Tuesday, the NUP leader lauded the people of Kasese for being too determined to the struggle. He also condoled with the families of the over 200 victims mainly women and children that were slain during the November massacre. “I was watching on TV as Museveni and his blood mongering men killed women and children. I believe many of you who were here saw the heinous acts by the regime which is supposed to protect citizens,” he said.

In his pledge, Kyagulanyi said he is to ensure the freedom of the Rwenzururu cultural leader, Charles Wesley Mumbere who has languished in incarceration for four years now. “This is not a presidential campaign but rather a mission to freedom. You have seen the force being used to scare us but we are unstoppable at this point,” he said. “Lastly, and lastly, I am standing for president. I can promise you many things the people of Kasese but I can promise you one thing that when you vote for me as president, I will return here in this very place with the Omumbere and we celebrate together,” Kyagulanyi pledged.

Kyagulanyi is to advance with his campaigns to Bunyoro region and he us to begin with Hoima, Kibaale and Kagadi districts.