Museveni: Bobi Wine is just looking for a job 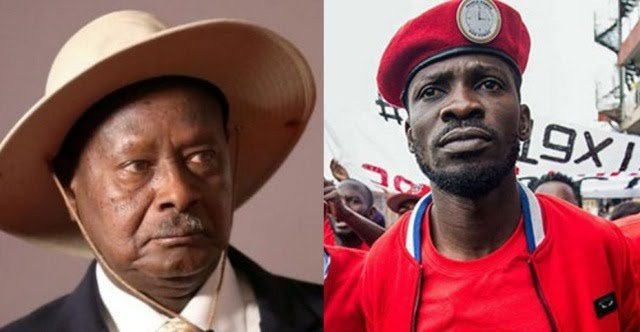 President Yoweri Tibuhaburwa Museveni has taken a swipe at his major challenger, Kyagulanyi Ssentamu Robert alias Bobi Wine whom he says is just looking for a job in state house. An embittered Museveni made this revelation in Mbale district while addressing a handful of supporters of the ruling NRM party.

Museveni added that he is on a mission to deliver Uganda to where it is supposed to be which is why he dropped his juicy paying job to go to the bush and fight the Obote government.  “This is all because they don’t bother to get the facts. In 1971, I was a research officer in the President’s Office. It was a good job that time but when Iddi Amin took power on January 25, I left together with others on January 27 to fight him after we had had our group meeting. We abandoned positions to fight. We are not after positions, we are after a mission,” Museveni said.

“NRM came to deal with historical problems of Uganda and Africa. We are not job seekers. They think that I am here because I am looking for a job. They are lying themselves,” he added.

Museveni also asked Ugandans not to vote for Bobi Wine whom he says is just a ‘joker’ in the race. “Voting for Bobi Wine would be disastrous. He is just looking for a job but as for me, I am on a mission. My mission is to make Uganda a middle income nation,” he added.

Museveni who has been in power since 1986 is seeking his sixth run on the presidential ballot. His government has been pinned for violating the rights of citizens and using repressive policies to torment the dissent and those opposed to his 35 year dictatorship.