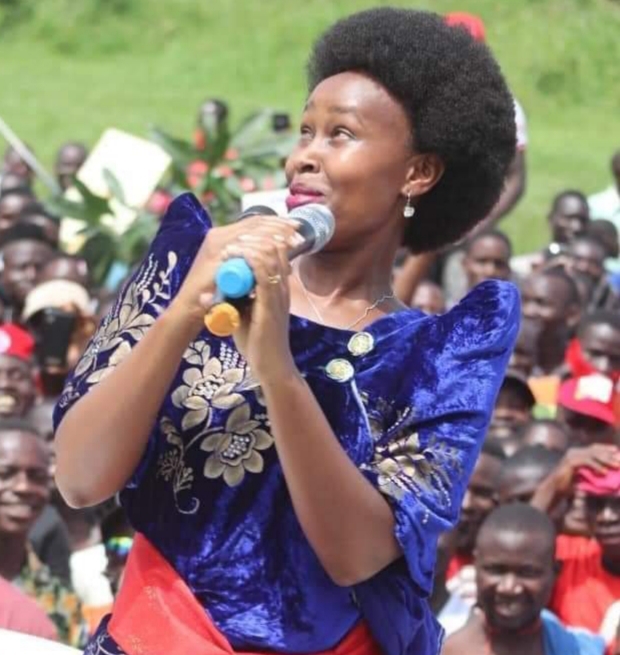 Today, Barbra Ithungo the wife to the National Unity Platform party presidential candidate Kyagulanyi Ssentamu Robert joined him on the pulpit in Kiboga district for the campaign rally.

Bobi, a popular musician turned opposition icon first began his day with a bad morning having spent the night on the roadside of Migyeera town after DPC Patience Namara had ordered all hotels to deny him accomodation.

As he was still reminiscing the harsh memories of the cold mosquito infested night, his wife Barbie Ithungo made a surprise debut on his rally in Kiboga and even addressed the audience inviting loud enchantment and cheers. “She is already behavinv like a first lady. I admire her decency and resilience,” one NUP supporter was quoted saying. “Behind all success men lie brave women. Barbie graced the campaign on the nomination day, resurfaced in Soroti and campaigned for Bobi,” another NUP supporter said.

This is one of the multiple debuts that Barbie has so far unleashed in solidarity with her husband 19 days into the campaign. The courageous woman is lauded for her overt crusading for regime change as evidenced in the times she has condemned the mistreatment of the opposition supporters and even ordinary citizens. By character, Barbie if all goes as anticipated in 2021 can make a good first lady for Uganda.