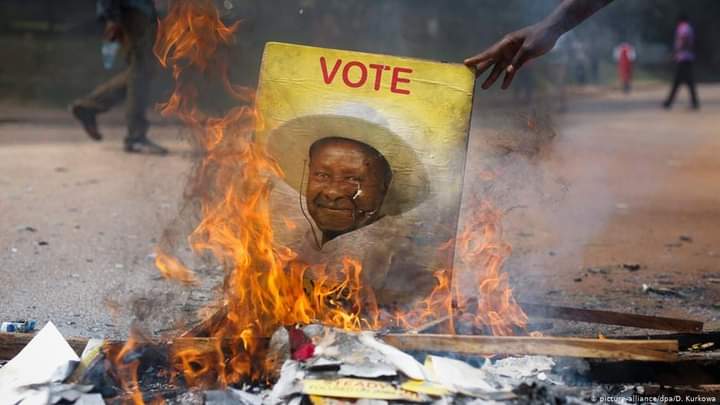 A group of NRM youths hailing from Eastern Uganda have vowed not to canvass support for the ruling party in case they are not paid their allowances. Their stern warning comes barely when the party chairman Gen. Yoweri Tibuhaburwa Museveni is still pitch camped in the Bugisu region where he is campaigning for his sixth term.

The youths under their umbrella organization ‘Team Thorough for Yoweri Kaguta Museveni’ during a heated meeting held at Babra gardens in SMS village Bulamagi Sub County on Thursday said they have been mobilizing for support for the ruling NRM party at the grass-root level for the past few months but have never been paid their accumulated allowances. “We are tired of being fooled all the time,” one of the youths said. “It’s better we support Bobi Wine who will understand our hustles,” he added.

The youth said they have now resolved to lay down their tools until a clear explanation is given to them as to why they have never been cleared.

According to the chairperson of Team Thorough eastern region, Paul Tusubirwa, they were promised some allowances unspecified by the NRM party secretariat to mobilize support amongst the youths in the eastern region for the past five months but have up to now not been paid.