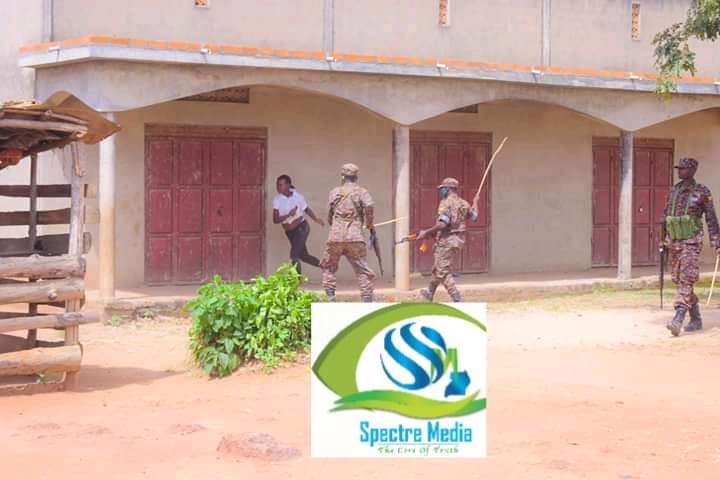 In Nakasongola district as the army orderer a day time curfew, those who failed to obey and opened their shops have had a difficult time as the security Forces resorted to beating them up.

Some reports indicate that a pregnant woman who had no idea about what has been in town collapsed after being thumped by a stick wielding UPDF soldier. Eye witnesses say the yet to be identified woman was walking towards a shop when she was clobbered. “She is visibly pregnant and this is something everyone could see. These men are heartless and clueless. How do you beat an expectant innocent mother,” an eye witness protested the battering of the pregnant woman. “They should leave us to do our work in peace. We have responsibilities at our homes,” he added.

Residents and traders are being battered indiscriminately especially those who have NUP posters imprinted on their work premises.