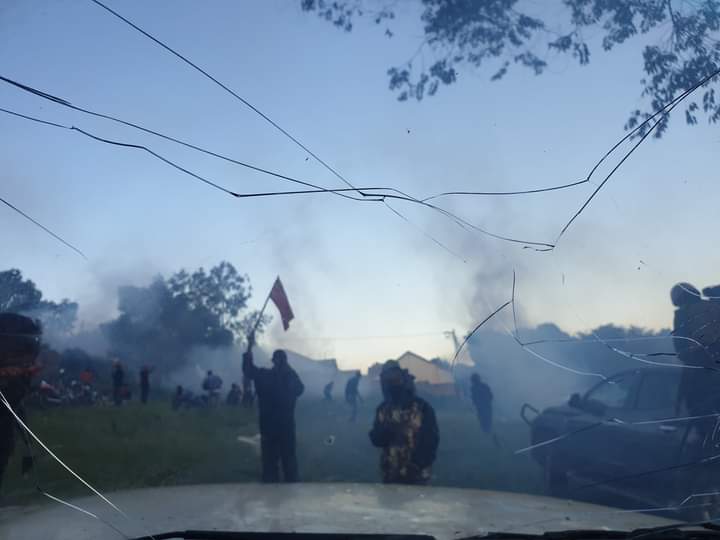 Reports jetting in from Mukono town indicate that police and military are jointly battling a mammoth gathering of supporters of presidential candidate Kyagulanyi Ssentamu Robert alias Bobi Wine. Today’s death toll is still standing at 5 with police determined to even execute more lives as the campaigns hit their peak days.

Multiple scuffles between NUP supporters and police are ongoing with plumes of teargas and bullets dominating the atmosphere. The NUP flag raiser, Ssenono Denis alias Denicity has been injured after a canister fell just adjacent to where he was standing. Several other Boda Boda riders and motorists who are following Bobi Wine are also being fired at by police in a bid to detach them from following the presidential candidate.

Earlier in the noon hours, the Mukono RDC Fred Bamwiine who is a sworn hater of NUP and its leader Bobi Wine was spotted donning in a police uniform name tagged ‘Asiimwe’. His photos took social media by surprise and triggered mass condemnation with the public grilling him for donning in a police attire yet he is not a serving members of the forces.