Bobi Wine: Byabakama should resign if he can’t take charge of the election 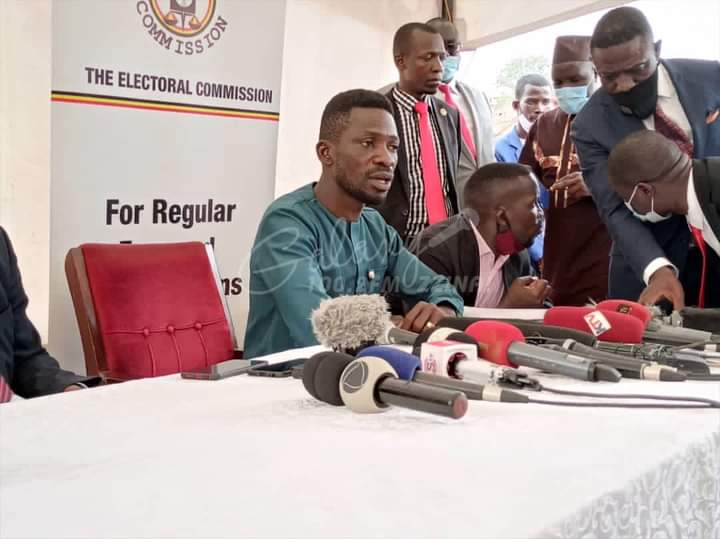 This follows his consistent silence on the misconduct of the armed forces who are routinely killing innocent civilians who come to attend campaign rallies of opposition candidates. “We have told Justice Simon Byabakama that he should resign if he can’t conduct a free and fair election,” Bobi said moments after the end of the lengthy interface with the EC officials that occured in Nakawa at the headquarters.

Bobi Wine who on Tuesday survived an assassination attempt after soldiers and police fired live bullets at his vehicle wondered how the EC was overshadowed by the armed forces in an election it had organised. According to NUP, it is better if Byabakama and hus team humbly step aside and vent path to a more credible person who can preside over the election. Byabakama’s silence on the violence had projected him as a docile person who will fear announcing results if they are against the incumbent regime. Even the letter he addressed to the IGP Martin Okoth Ochola asking him to restrain his men from tormenting opposition candidates, was watered down and undermined. This according to analysts shows that it is not Byabakama in control of what is happening.