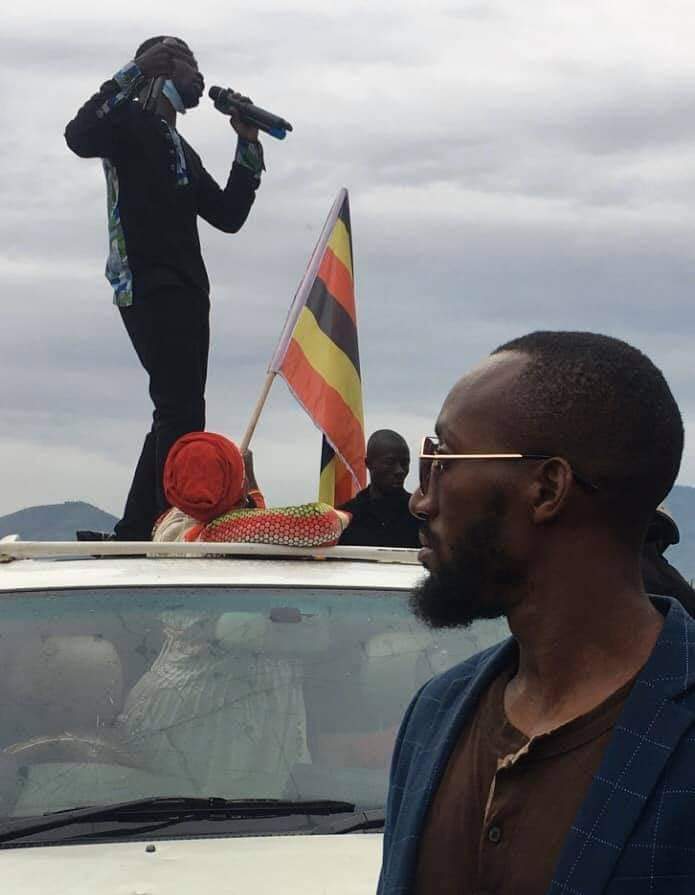 After realising that they cannot defeat their major challenger Kyagulanyi Ssentamu Robert who enjoys a mammoth following throughout his campaign trail, the ruling NRM party strategists have embarked on a propaganda tool that incites NUP supporters against themselves. This follows their descending onto a one Nobert Ariho, a bodyguard to Bobi Wine whom they accuse of throwing a ‘grenade’ that exploded near his boss.

In the aftermath of the failed assassination attempt on Bobi Wine on Tuesday in Kayunga, all renowned NRM apologists took to Twitter and social media platforms to attribute the grenade attack on one Bobi Wine’s bodyguards known as Nobert Ariho. Senior presidential press advisor Don Innocent Wanyama was the first to initiate the attack. In a Tuesday tweet, he shared an article entitled ‘WATCH: Bobi Wine’s Private bodyguard Caught on Video Dropping Explosive’ authored by one of the renowned pro-regime blogs dubbed ‘ChimpReports’. Don Wanyama writes a brief caption reading, “Slowly by Slowly, their games will be exposed” which seemingly insinuated that the NUP camp is harming its own people to draw public and external sympathy.

Moments after Wanyama opened the debate, veteran journalist Andrew Mwenda also tweeted, “Norbert Ariho, a bodyguard to @BobiWine is being accused by NUP activists of throwing an explosive at his boss. Is he an intelligence operative infiltrated into NUP?ISO, ESO, CMI and police all deny him. What is going on? We wait for investigative journalists to tell us!”

NUP supporters especially those in the diaspora did not hesitate to recklessly castigate Nobert for allegedly attempting to ‘assassinate’ Bobi Wine. Several of them even called for his crucification without even hearing from him which implies they had fallen prey to the NRM social media activists propaganda campaign.

All NUP high command members including the chief of the security, Edward Ssebuufu alias Eddie Mutwe have dismissed the allegations raised against their member. They say this is one of the tactical things NRM are embarking on to detract and stall the struggle for liberation. In David Lewis Rubongoya’s brief note, he reflects on the principal’s words and gives his own take on the raised concerns. The NRM propagandists spare almost no one because even at one time they were replicating past photos of Lewis himself to deny him the trust of the principal Hon. Kyagulanyi Ssentamu. Here is Lewis’s reaction on the allegations raised on Nobert;

“If you have trusted us to lead the struggle, then trust us also to decide who is for us and who is against us. If you have credible information that anyone is working from within to undermine our struggle, reach out to us privately let us know (and many people do). We shall find ways of dealing with the information given.” Hon. Kyagulanyi, 1st August, 2020

Whoever plants propaganda in our midst, intended to sow mistrust and confusion amongst us is not a comrade! We know what comrades like Norbert go through every day to keep the Principal and the team safe.

If any comrade is suspected of being a double agent, the best thing to do is not to malign them on social media, but to approach any trusted leader and share that information.