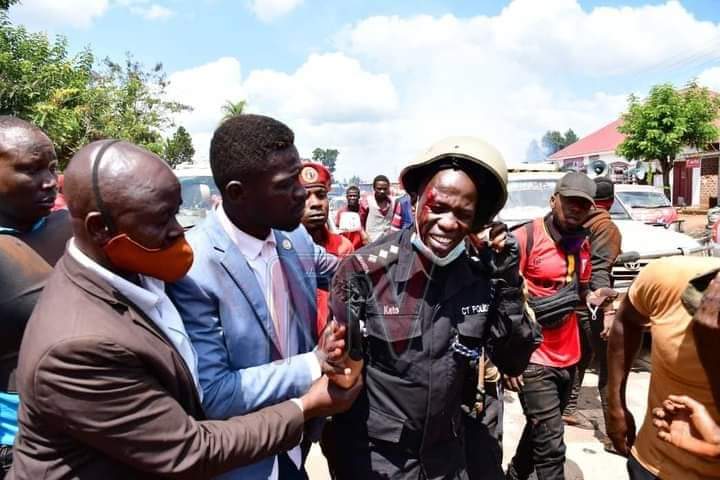 The security detail attached to the NUP presidential candidate Kyagulanyi Ssentamu Robert has been reshuffled. This comes a day after its head ASP Kato was injured by the fragments of a canister pelted at one of the campaign vehicles of Bobi Wine.

The head of the VIP protection unit, Ms Hadijja Namutebi, had decided to switch the team after realising that there were some loopholes in how they were doing their work. She could not divulge further information when asked to delve into the said loopholes.

Asked if the Wednesday engagement with the NUP party delegation has something to do with the reshuffle, Byabakama said he is not in charge of that. “I am not in charge of the security but what I can tell you is that the security detail of Mr Kyagulanyi has been withdrawn because I think they are tired and they don’t have leadership at this time,” he said.

A securitt source told Daily Monitor that Bobi Wine had contested the decision to remove his bodyguards but the EC officials insisted that they should be exchanged and a new team took over immediately.
Bobi Wine said: “We are aware that they are changing our security team, let us wait and see because we are not the ones in charge. We shall continue to do our work,” Bobi Wine said.
“The head of my security which EC gave us was shot at by the police. We believe they were targeting me because the head of security officer Kato and one of my producers was also shot and thrown at teargas canisters and his face split and lost his teeth,” he added.

Bobi today morning set off with his new security detail offered by the EC. He introduced them to his private security detail moments before setting off and by the time of filing this report, they had reached Iganga enroute Budaka and Manafwa in Eastern Uganda.