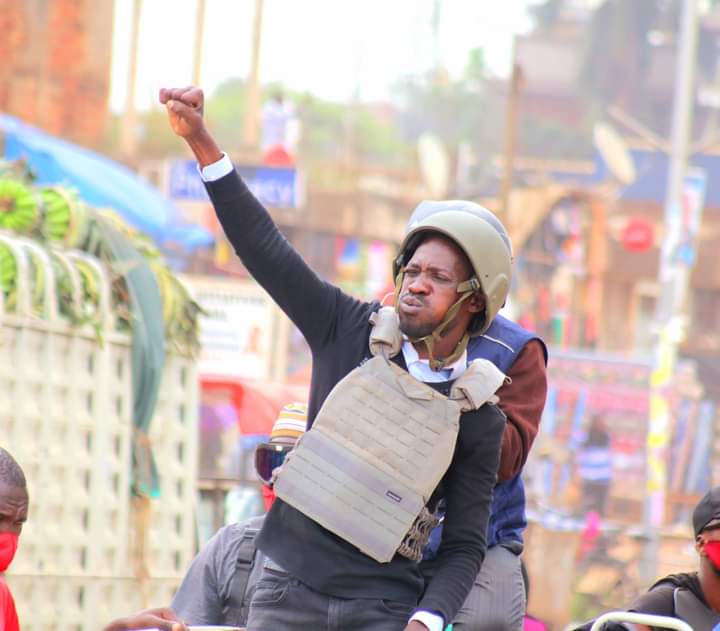 A day after temporarily calling off his campaign trail to attend the send off of the fallen spokesperson of the Kibuli Muslim community Sheikh Nuuhu Muzaata Batte, the NUP presidential candidate Kyagulanyi Ssentamu Robert aka Bobi Wine returned in action.

SEE ALSO: I did not influence Bobi Wine arrest-Minister Mbayo

This Sunday, he has canvassed for support in Busoga region in the districts of Luuka, Kamuli and Jinja. Important to note is the fact that it was in Luuka three weeks back that Bobi Wine was brutally arrested by the RPC Frank Mwesigwa. His arrest would trigger mass protests from his supporters across the country leaving over 54 dead and dozens wounded in the two day pandemonium.

While in Luuka this Sunday afternoon, Bobi Wine was massively welcomed by hordes of his supporters. In his speech, he told the converged masses that he feels at home while in Busoga especially Luuka where his forefathers omce lived. ”My forefathers were born in Luuka and my father told me some of them shifted to Iganga. The fact that some people of Busoga love me is not a mistake. While I am here, I’m Kyagulanyi Ssentamu Robert Ngobi,” he said. He further pledged to revive the economic prosperity of Busoga region by ensuring industrialized in the area so that the youths can be employed.

Luuka is the home to Minister for presidency Esther Mbayo who doubles as the area woman Member of Parliament on the NRM ticket. Even though Busoga counts on her as one of the prominent figures in the Museveni cabinet, the region remains plunged in abject poverty and mass unemployment.