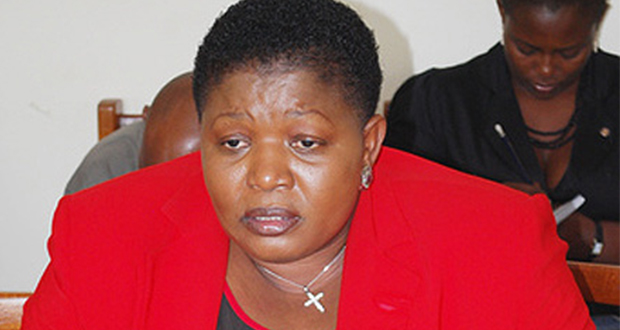 The ruling NRM party Secretary General, Justine Kasule Lumumba has tested positive for COVID-19 according to reports from sources close. It is said the results have come just seven days after she has been in self isolation at her home.

SEE ALSO: Kasule Lumumba: Bobi Wine must be detained when he returns to Kampala

The tragedy comes barely three weeks after her motorcade was seen opening fire at a pro-Bobi Wine crowd in Banda, a Kampala low income suburb. According to witnesses who saw the incident that spoke to this reporter but asked not to be named in fear of reprisals, Kasule Lumumba’s convoy was returning from the Jinja side when it met a crowd of people peacefully chanting People Power slogans. “The people had peacefully convened at the Banda trading centre,” the source says. “We saw the convoy of the NRM secretary general Kasule Lumumba approaching. Two of her vehicles; the lead car and her vehicle first by passed and then the vehicle behind shot at the people,” the source reveals.

In the scuffle, two women died on the spot. “A woman who was heavily pregnant sustained critical injuries in the abdomen. She was operated but later died with her twins,” the source says. “Another one died on the spot and left behind her three months old baby,” the source further reveals.

Moments after a ceasefire from the protesters, Kasule Lumumba convened a presser to condemn the opposition forces for allegedly distorting the peace of Ugandans. In the presser, she did not comment or disclosed the crimes her security detail committed on that fateful day. The heinous incident is yet another cover up that the pro-state mainstream media did not report about.