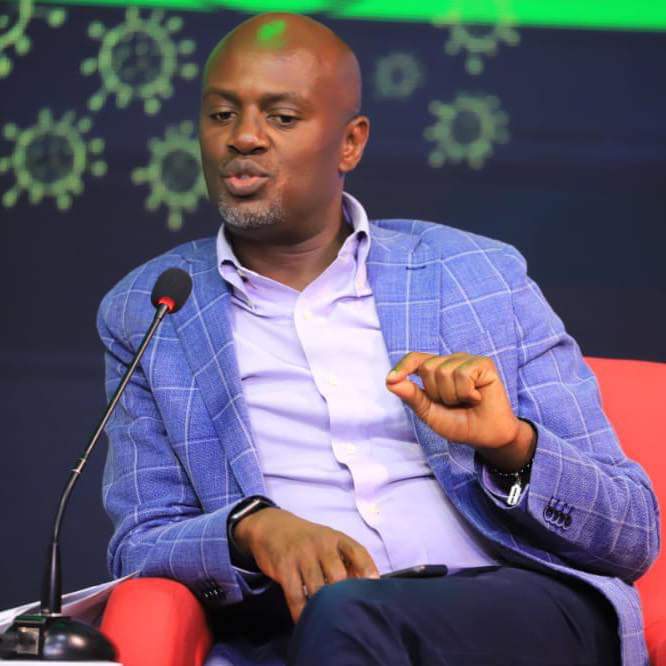 In one of his submissions, Andrew Mwenda was using the records of Gross Domestic product and other figures to claim that Uganda is not badly off. This invited ugly faces. Rosebell stated that the GDP is mainly due to the Museveni family and cronies building large business empires and not the general public.

“Andrew,  you talk about the GDP. You can not measure a country’s Societal transformations by looking at GDP and Growth..it is about who is growing? Is it Museveni and his cronies, family, and clan? Many Ugandans that go out of poverty fall back.” said Rosebell.

Also Read; Why Joel Ssenyonyi is a Force in the Nakawa polls

People Power Lost Full figure, She has Been Replaced by an Educated Hooligan Andrew Mwenda—Patrick Kanyomozi

Andrew further tried to defend the recent massive murder of people in the streets of Kampala during the free Bobi Wine protests calling them mistakes but this too was quashed by Rosebell.

“You can’t have the same policies for 35 years. It was a systemic deliberate response, point blank, you can’t go and shoot people for rioting.” Rosebell said.

The Al Jazeera host Femi had a few minutes that made it impossible to air out all views. In the same stream, a social media poll was made on twitter where Bobi Wine got 69.5% while Museveni got 30.5%