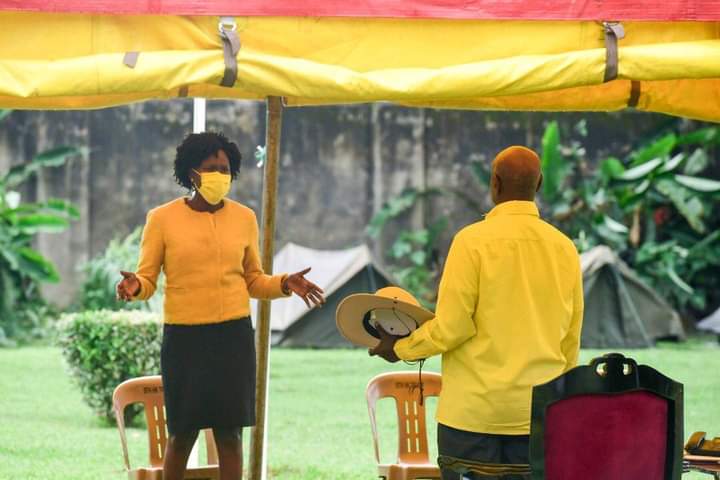 Days after securing the endorsement and goodwill of the National Unity Platform party presidential candidate Kyagulanyi Ssentamu Robert alias Bobi who was in Koboko two days back, a youthful Charles Ayume has become the talk of every political analyst.

It was first of all unexpected for Bobi Wine, a sworn critic of the ruling National Resistance Movement party to lodge an endorsement for its candidate. This endorsement left many people appreciative of Bobi Wine for gesturing about having a unity government of brilliant leaders from different political denominations.

However, this endorsement has been mispronounced by Ministers like Frank Tumwebaze who deemed it as a mockery from the opposition leader, Kyagulanyi Ssentamu. In his remarks on Wednesday, Minister Tumwebaze rallied Ayume to downplay the endorsement if he is to be at great terms with the NRM party. In fact, Ayume adhered to Tumwebaze’s cousel and maintained he would support president Museveni and all NRM candidates from grassroot to top despite having Bobi’s endorsement.

Minister Anite however waters down Ayume’s ideal and claims the youthful politician could have had the opposition backing all the way from the party primaries. Anite says Mr. Ayume has been in cahoots with the opposition. Anite in a Thursday morning Facebook post says she even told president Museveni that Ayume was “in bed with Bobi Wine” and that the NRM party needs to “quickly change the mobilization strategy” in Koboko.