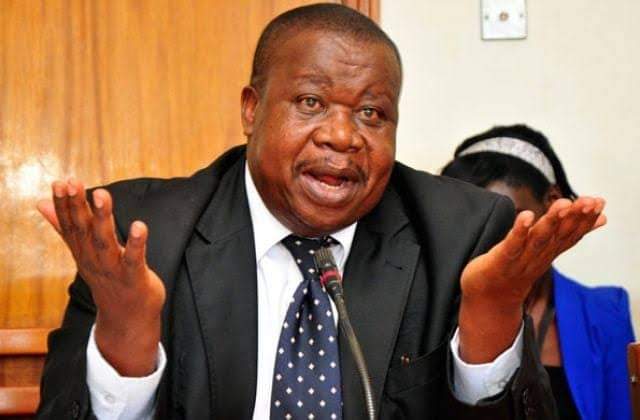 The Minister of East African Community affairs, Retired Major General Kahinda Otafire has backed the U.S on the proposed sanctions on some Museveni government officials who are reportedly indulging in gross human rights violations.

In a media briefing with CBS radio this Friday morning, an outspoken Otafiire said that it was right to for the US to sanction top Uganda army and police officials who were involved in violation of human rights. Otafiire argues that some of these implicated military and police officials want to destabilise Uganda and flee to safer havens abroad in case of mayhem.

According to Otafire, some people after killing and violating human rights always think of running away. “It is good some countries like US has banned them from seeking refuge or asylum there after their wrong doings,” Otafiire says. “These sanctions will give them a reason to serve their country genuinely without inciting the public,” he added.

Otafire adds that as Uganda, we should learn to respect each other and create a peaceful environment that will accommodate us all rather than misusing our offices.

The US congress called for the sanctioning of Maj Gen Muzeyi Sabiiti, Lt Gen Peter Elwelu, Abel Kandiho, Maj Gen Don William Nabasa , James Birungi ,Frank Mwesigwa and others who over saw the killing of many Ugandans in riots that followed the arrest of Hon Kyagulanyi Bobi Wine in Luuka.

The Government spokesperson Gabriel Ofwono Opondo slammed the US for reportedly meddling in the affairs of the sovereign state of Uganda. Opondo says that the first priority of the NRM government is to serve the interests of the locals and not the foreigners. “We only mind about how Ugandans see us,” Opondo says. “We don’t serve foreigners and so we don’t care what they thinl about us,” he added.